Anicet and a couple of the second team players...

Ludogorets showed strength and left no chance for Levski, taking the win with a 2:0 score

Ludogorets is now a step closer to defend their title. The champions defeated 2:0 Levski, leaving no doubt about their supremacy. “The Eagles” were... 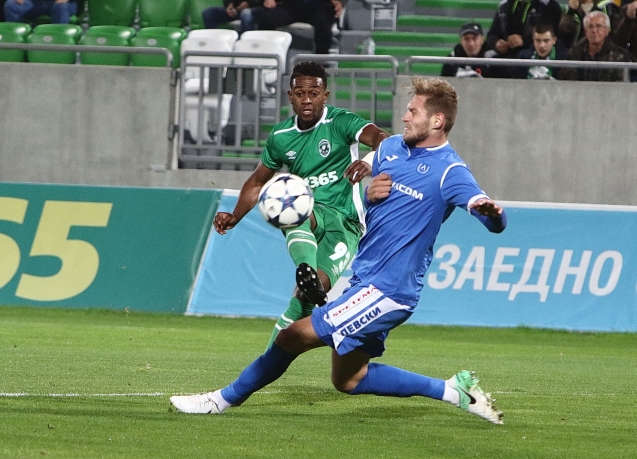 Ludogorets is now a step closer to defend their title. The champions defeated 2:0 Levski, leaving no doubt about their supremacy.

“The Eagles” were the active team since the very start and they played mostly in their competitor’s half of the field, but their first goal was scored after a perfect counter attack in the 12th minute. Wanderson got the control over the ball and passed to Marcelinho, who then passed to Misidjan. The Dutch player kicked the ball and it went through Jablonski’s split and right into the net. This goal confused Levski and they kept defending their half. The visiting team was only counting on long passes to Sergio Bus and some individual attempts by Obertan. The two players created the most dangerous attack for “The Blue Team” in the 20th minute. The French player skillfully passed through Natanael and Dyakov, after which passed flawlessly to Bus. The Romanian kicked the ball while still in motion towards the far angle of the field, but missed only by a few centimeters. A couple of minutes later Obertan broke through again and shot diagonally, but Renan saved. Remember these two minutes, because they were pretty much all of the attacks Levski made in this match…

After these situations the head coach Dimitar Dimitrov – Hero advised his team to play a little more cautiously, thus the game took place in the center. Levski was struggling again to create a single attack and relied on individual actions, which a recipe for failure.

The home team created another brilliant attack in the 30th minute, which ended with an air kick by Lukoki, but Cvetkotic blocked what was sure to be a goal. A corner kick followed, which led to a second goal in Levski’s gate, scored by Plastun.  The goal was canceled due to an offside situation, because the Ukrainian was covered by Miki Orachev and in the same time Bojidar Mitrev was too far ahead, leaving the defender last, which left him in the role of a gatekeeper.

Delio Rosi made a change in his team’s composition during the half time, which affected the defense line. Orachev was replaced by Naidenov, who went on the right side of the defense, and Cvetkovich went left.

Levski was trying to get back in the game, but without any clear idea how to do it. The team did not manage to organize neither a continuous attack, not a sudden one. Ludogorets, however, decided to keep things smooth and mostly created counter attacks. Misidjan was quicker than the competitor’s defense in the 54th minute and passed to Wanderson. The Brazilian shot with his head, but Naidenov blocked the way with his body. Seven minutes later the home team added a second goal with a counter attack, which was organized after a poorly executed direct free kick by Levski. Lukoki got in control of ball on the goal line and kicked in between Naidenov’s legs. A nice low pass towards Waderson followed and he had no trouble scoring. This devastated Levski and they were ready to surrender. Ludogorets’ biggest miss was in the 87th minute when Goralski passed ahead to Wanderson, but the Brazilian’s kick went near the gate. 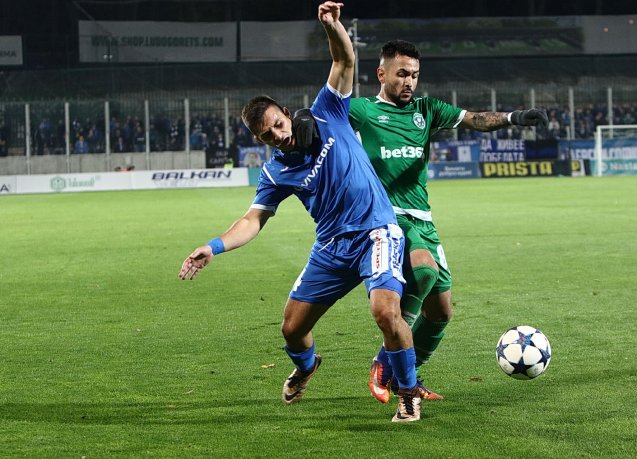