Keseru increased Ludogorets’ advance ahead of CSKA-Sofia to five points

The guests organized their first good attack as early as the seventh minute, when Dimo Atanasov outplayed Cicinho and shot with his left foot, but... 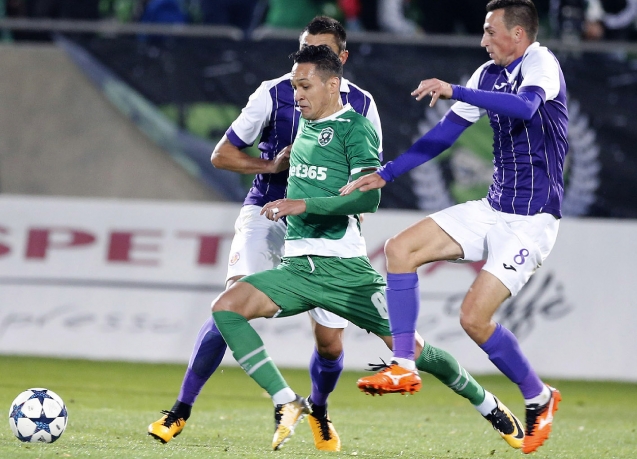 Ludogorets left no room for surprises and crushed 4:0 Etar in Razgrad. "The Eagles" managed to take advantage of the even score that Levski and CSKA-Sofia achieved (2:2). After Ludogorets’ win over Etar, CSKA-Sofia is second overall with 5 points less, and Levski is third with 8 points behind the leader.

The guests organized their first good attack as early as the seventh minute, when Dimo Atanasov outplayed Cicinho and shot with his left foot, but missed. The home team responded when Keseru shot after Lukoki send the ball towards the center. “The Eagles” opened the score in the 26th minute, when Lukoki kicked the ball from the foul point, and Keseru was the quickest in the penalty zone – he received the ball with his head and scored. The visiting team from Veliko Tarnovo tried to compensate. Badara moved away from Plastun and reached the penalty zone, trying to send the ball diagonally, but it went far from the target. A nice pass from Rumenov to Apostolov followed, but Apostolov’s shot went over the crossbar. Yani Pehlivanov made a huge mistake in the 35th minute when he literally passed to Anicet, who immediately found Keseru, but this attack was ended when Hristo Ivanov saved. Seconds later the Romanian tried to overthrow Etar’s gatekeeper with an acrobatic move, but the ball again went above the crossbar. Natanael also tried to score, but was not accurate enough.

Marcelinho shot from the foul point and sent the ball below the human wall, but the gatekeeper paid attention. Later Wanderson made a nice breakthrough, but was stopped in the last moment by Vesko MInev. The home team totally blew out the thrill in the game when Wanderson shot after a corner, Hristo Ivanov did not manage to react and Keseru found it easy as child’s play to score from a close distance. A little later the Romanian could have achieved a hat-trick, but was not accurate despite Wanderson’s nice pass.

Virgil Misidjan came on the field in the 65th minute. He recently signed his new contract with the team and played in his first match since 9th of September (4:0 against Slaviya). Second after entering the game, the Dutch player scored a beautiful goal. He received a far pass from Natanael, handled the ball skillfully and sent it right into Ivanov’s net, making the score 3:0. Wanderson had the chance to add a goal to his flawless performance in the 77th minute, but Ivanov managed to save from a tiny angle. Badara could have scored an honorable goal for Etar in the 82nd minute, but unfortunately for him the ball went straight into Broun. Keseru achieved a hat-trick after all in the 85th minute. Dyakov passed to Misidjan in the penalty zone and he kicked the ball with a lot of strength, but Ivanov did not respond adequately and Keseru took advantage – he scored with his head, shaping the perfect hat-trick – one goal with his left one, one with the right and the third with his head.  Campanharo missed big time in the 90th minute when his shot went out, despite the empty  gate. 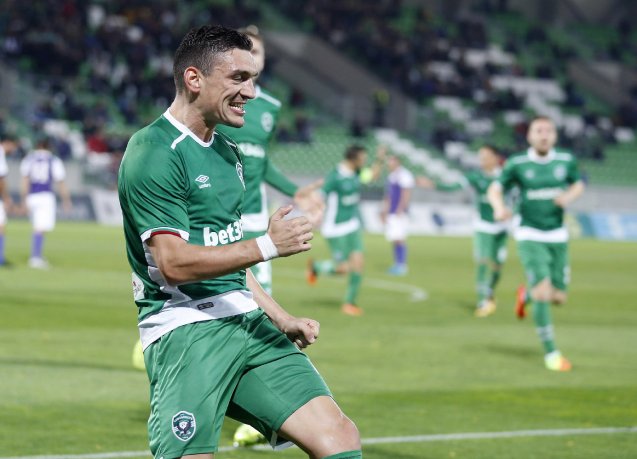