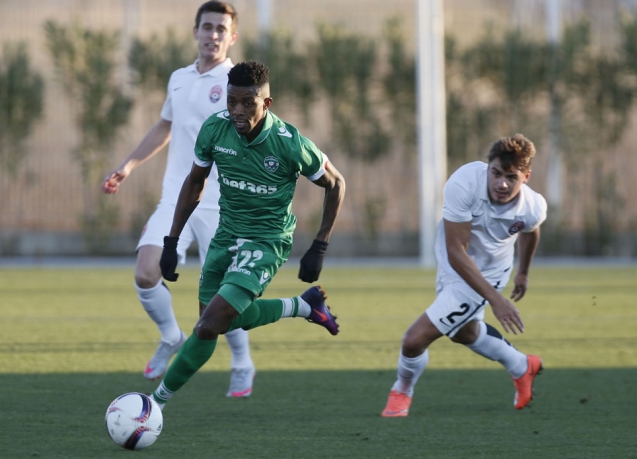 Ludogorets achieved a prestigious 2:0 win against the third Ukrainian team overall and Europa League group phase participant – Zorya Luhansk. The champions’ coach Georgi Dermendzhiev again chose to use two different compositions, similar to the other games played so far in Turkey. Milan Borjan was absent again, and Vlado Stoyanov and Renan dos Santos each player during one half.

The Ukrainians, who are third overall after Shakhtar Donetsk and Dinamo Kiev, were the better team during the first minutes of the game. Igor Plastun made a mistake in the center, Kadimjan broke through and kicked the ball, but Vlado Stoyanov saved and Petrjak did not manage to add to the situation. After that the Zorya players handled the ball quite some time, and Zelko Ljubenovic shot powerfully, but his attempt was canceled by the Ludogorets’ gatekeeper. “The Eagles” responded to the attack with Marcelinho’s attempt to score, but the ball went over the gate crossbar. Gradually, Georgi Dermendzhiev’s team took the initiative and things started happening in front of the Ukrainian team. Wanderson tried to score in the 27th minute, but Chuvaev saved. Five minutes after the logical thing happened and the champions opened the score. Lukoki went ahead from the right, then he returned the ball to Dyakov, and the captain sent it straight into Zorya’s gate for 1:0. Ludogorets was close to the second goal in the 43rd minute when Lukoki managed to go forward again and passed to Cafu, but the Ukrainian gatekeeper kicked the ball into a corner. Gordienko tried his luck and shot in the last second of the first half, but missed.

The second half started very good for the Razgrad team and they created three situations in no time. Keseru was involved in all three of them. First he did not manage to receive the ball after a nice pass, later he tried to score with a direct free kick, but it was too weak, and finally he tried again, but kicked the ball way up high. The Ukrainians had the chance to make the score even in the 58th minute when Grechyshkin shot towards the center from the foul point, and Bonaventure did not manage to find the gate with nobody from the defense line around him. Seconds later Moti returned the ball suddenly and it went straight to Kulac, who outplayed Cicinho, but still did not manage to score.

Ludogorets decided the outcome of this trial game in the 79th minute. Natanael passed to Joao Paulo, who managed to get in control of the ball, despite the gatekeeper chasing him. The ex-Botev player collided slightly with one of the referees, but continued ahead. Eventually, Quixada got to the ball and he had no trouble scoring in the empty gate for 2:0.

The next match of “The Eagles” is against the Polish team Termalica on 1st February. 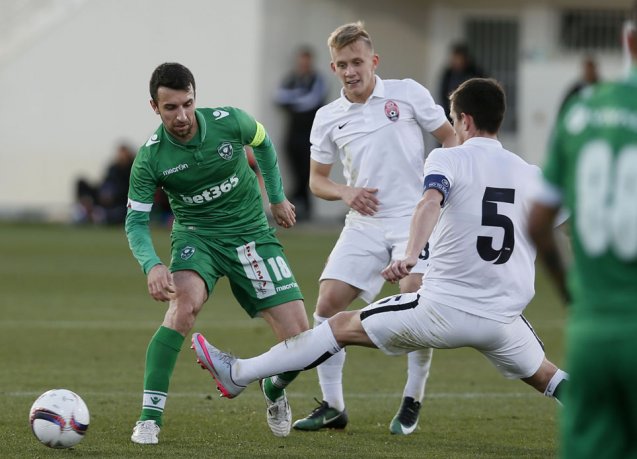