Ludogorets won four awards in the annual inquiry Footballers’ Footballer. The vote is taken among professional footballers in Bulgaria. Vladislav... 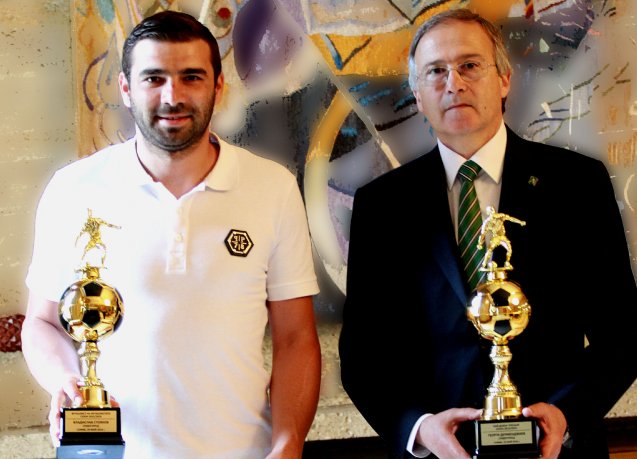 Ludogorets won four awards in the annual inquiry Footballers’ Footballer. The vote is taken among professional footballers in Bulgaria.

Vladislav Stoyanov once again was chosen for No 1. The first runner-up is his teammate Marselinho, the second – Martin Kamburov, the top scorer of Bulgarian A Football Group.

Georgi Dermendzhiev is the best coach in Bulgarian football of the 2015/2016 season. He is followed by Hristo Yanev from CSKA and Stoycho Stoev who recently left Levski.

Ludogorets’ defender Yordan Minev and his twin brother Veselin Minev from Levski were honored with courage award “Trifon Ivanov”, which is given for the first time.

The 22-year-old Kristian Malinov was awarded the Best Young Player, followed by Georgi Kitanov and Bozhidar Kraev.
Zdravko Lazarov took an award for his football achievements. For the Best Female Player was announced Silviya Radoyska.