Petev: Ludogorets is not by chance at number one. We have shown that we’ve been on a high level.

Ivaylo Petev is the coach who, within 18 months led Ludogorets from a third division team to the top of the Bulgarian Professional League. 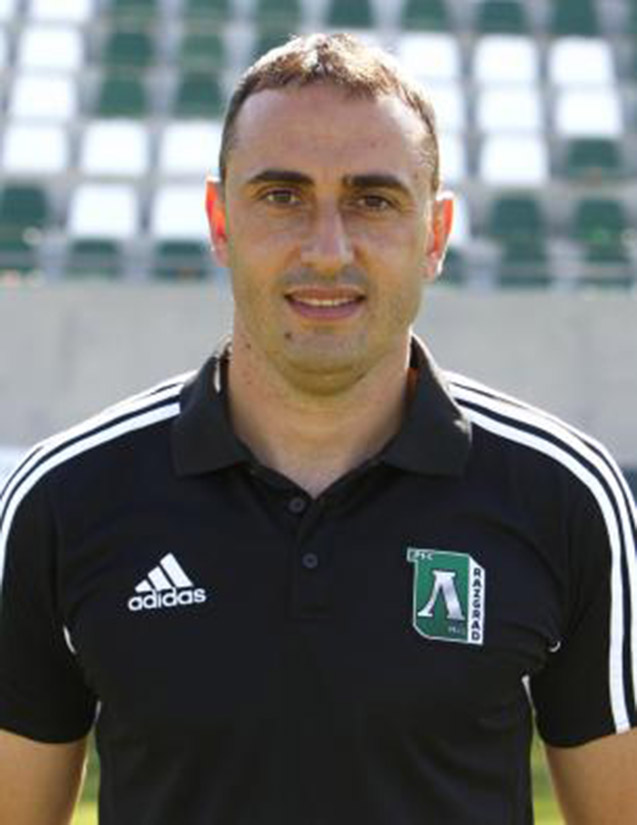 - Mr. Petev, you’ve raised the bar taking Ludogorets to number one in the A League for the winter. Are you contented with what you’ve achieved?
- I’m happy. We have shown that we’ve been on a high level, we played prominently. Ludogorets has a new face. We are at this place in A Group not by chance.
- What’s the formula for quick way to the top?
- We were giving 100 % of ourselves. We managed to quickly impose a playing style of our own.
The reasons for Ludogorets’s success are complex. However, it is all based on lots of work.
- How did you manage to motivate the players, so they could always play as a team?
- We’ve worked out a good team climate. There are many reasons for this. Management, staff, players – we are all working in the same direction, we’re a tandem.
That is also the reason why the boys are fighting for victory in every match, until the very last referee signal. We were striving to show style and high level at every match.
- Was it a goal, set by the governing board, to strive for the A League’s first place?
- No. The goal was to finish between 1st and 6th place. I’m glad that we achieved our main goal – make the team well experienced, and entertain the public at the stadium. There are about 5000-6000 spectators at every game of the team in Razgrad. It’s a powerful impetus for good presentation.
- Ludogorets’s players impress with good condition. How do you prepare them?
- Main role is executed by Georgi Dermendzhiev, who is preparing the team. Results are mainly achieved thanks to his work, as well as mine.
- Will there be new additions to the team in the winter?
- We will probably have one central defender and one more central midfielder contracted.
- Are you satisfied with the working conditions in Ludogorets?
- There is no way to be unsatisfied. We have a beautiful new stadium, and within 2-3 months the training and rehabilitation base will be ready. We’re provided with everything we need by the investors Kiril and Georgi Domuschiev, so we could think about football and football only.
- Right after the end of the championship you left for a specialization in Spain. What techniques are they teaching you in Barcelona?
- I’m improving myself in, perhaps, the best club in the world. I’m impressed with the way they have been working. Everything that I learn here, I’ll be passing it to the players. Ludogorets will be playing even more impressively in the spring.
- What are the plans for the winter break?
- We will be having a training camp in Sandanski, where some friendlies await. We will be working mostly on physical exercising there.Then, we are going to a preparation in Antalya, where we will be working on the team’s skillfulness, as well as on every particular group and line, for a better balance as a team. In Antalya we’ll try out our strength against some big teams.
- Are you satisfied with the support of the public? The stadium has been full for every game of your team.
- Public is our 12th player. They’re supporting us in every match at home, as well as when we’re the visiting team. The audience in Razgrad is European – they differ from the others, because they are with us unconditionally. The biggest satisfaction for me is to hear from people when they meet me: “We’re happy that the team is playing so well”.