Ludogorets knocked out Botev and took the Cup of Bulgaria 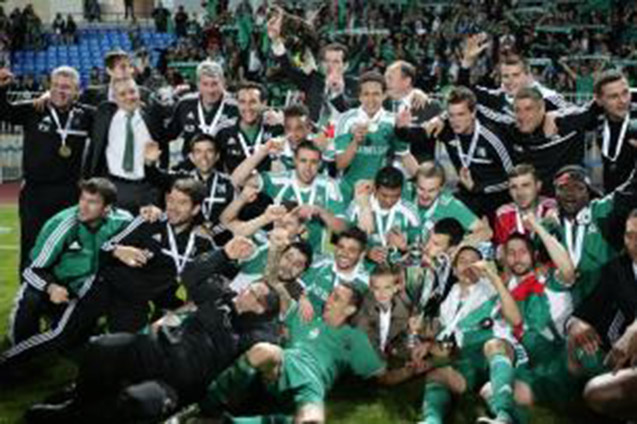 Ludogorets continues with writing history. After becoming champions for the third time in a row, “the eagles” won the Cup of Bulgaria defeating Botev (Plovdiv) with 1:0 on “Lazur” stadium. Roman Bezjak scored in the 58th minute. This is the second national trophy after the one from 2012 when Loko (Plovdiv) was defeated with 2:1.

The first more serious situation in front of Botev’s goal was after a quarter hour of play, when a rapid attack by the champions ended with Virgil Misidjan’s shoot. Ludogorets possessedthe ball more, but there was not a clean shot towards Stachovjak’s goal. Just before the end of the first part the champions made two good attacks, but Bezjak and Marcelinho missed.

Ludogorets dominated in the second half. In the 58th minute Roman Bezjak benefited a kicked ball in the penalty area of Botev and with a cannonball opened the result. In the 60th minute referee Georgi Yordanov had to stop the match when the Botev fans covered the pitch with pyrotechnics. As a result of this action a fire started on the stadium and it had to be quenched.

After this long break the champions continued to lead the game and let no danger to Vlado Stoyanov. The substitute Jeroen Lumu and Bezjak could have scored a second goal after sweeping counter attacks. At the very end of the match Vander was suspended for a harsh foul against Mihail Alexandrov. Few seconds later Botev fans tried to invade the pitch and once again the match was stopped for a couple of minutes. The police however managed to hold them and the game ended succesfully. 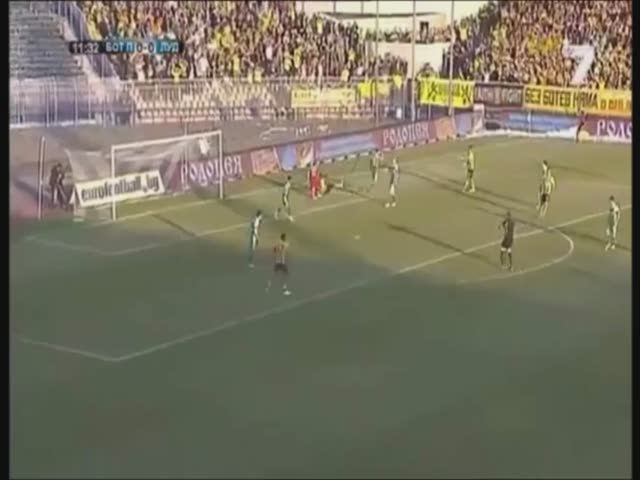