Ludogorets with a historical third title

Ludogorets is a champion for the third time. 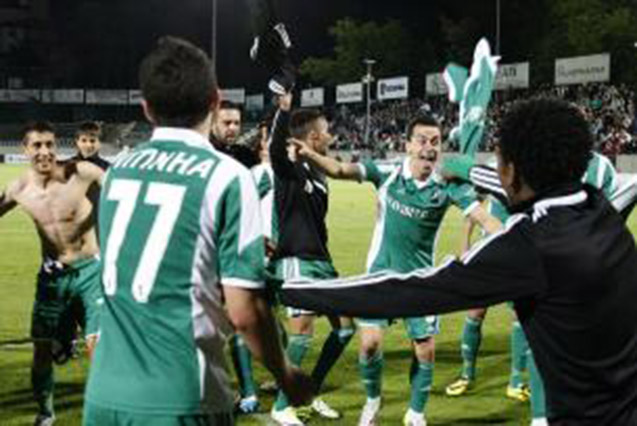 Ludogorets is a champion for the third time. With an early goal from Roman Bezjak “the eagles” defeated Lokomotiv (Plovdiv) and are already unreachable on the top of the ranking two rounds before the end of the championship.

For the first time in history a team outside of Sofia is a champion three years in a row. The only teams with such an achievement are Levski and CSKA. Stoycho Stoev’s boys left no doubt about their class and now deservedly triumphed.
The success is even more valuable considering it came in a season in which Ludogorets played 64 games – even more than some great European teams like Manchester United, Barcelona etc. The “eagles” are №1 alongside with the unique breakthrough in UEFA Europa League in which the team reached the 1/8 final after winning their group and throwing away the Italian Lazio.
Now Ludogorets has a new chance to enter the groups of the Champions League. The team begins the campaign in the middle of July. The “eagles” will be seeded in the second and the third round. Eventually if the circumstances are appropriate Ludogorets might be seeded in the play-off too.

We are the champion