Ludogorets took away Beroe and is on the top

Ludogorets won with 3:0 Beroe and pulled on top in the temporary standing with 3 points ahead of second Lyubimets. 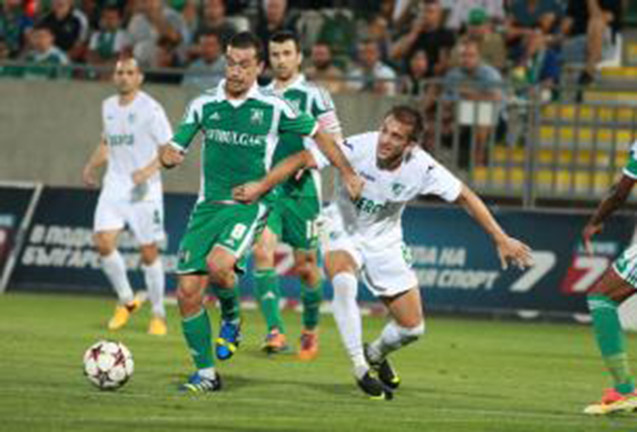 Ludogorets won with 3:0 Beroe and pulled on top in the temporary standing with 3 points ahead of second Lyubimets. The birthday boy Marcelinho played a really strong match and scored twice – in 4th and 64th minute. The third goal was by the captain Svetoslav Dyakov in 88th minute from a penalty kick. The penalty was judged for a foul against Mitchel Burgzorg.

The head coach of Ludogorets Stoycho Stoev was given a break of some players who took part in the game against Basel on Wednesday. Despite of it the “eagles” had superiority and missed a lot of situations in front of Ivan Karadzhov. The guests from Stara Zagora played well and created few situations in front of Ivan Cvorovic. The Serbian with a Bulgarian passport saved every ball and didn’t permit to the opponent to reach even goal of honor.

On Sunday, Ludogorets has a rehab training and on Monday morning the team is flying with charter flight from Bucharest for Basel when on Tuesday at 21:45 is playing against the team of Basel in rematch of playoffs for the Champions League.