Classic win for Ludogorets against Beroe

Ludogorets outplayed their tough opponent Beroe with the classic score 3:0 in the first match of the spring half season of the championship, keeping... 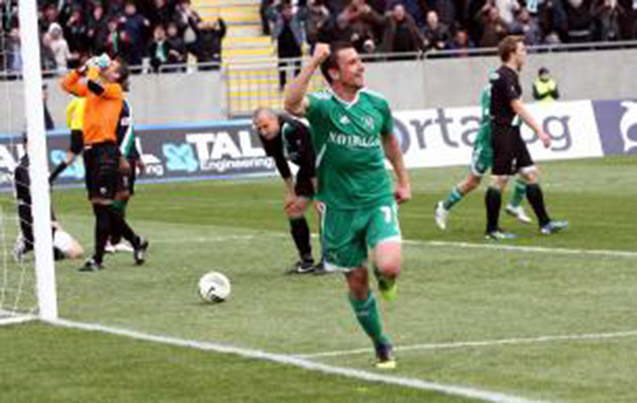 Ludogorets outplayed their tough opponent Beroe with the classic score 3:0 in the first match of the spring half season of the championship, keeping the leading place in our elite group.
After a nervous and contested first half time, goals started raining down during the second one. Ivan Stoyanov’s two hits in Ivaylo Ivanov’s goal were scored with a difference of only 4 minutes, and in the 78th minute Emil Gargorov made the final score - 3:0.
Ludogorets’s first offense was only 3 minutes after the beginning of the game. “The eagles” had the opportunity to score in the 18th minute, after an offense, started by Gargorov , continued by Marcelinho and Dimo Bakalov, but the opponents’ goalkeeper managed to save. The closest situation to scoring was Gargorov, in the 28th minute, but the ball passed just some inches out of Iliyan Iliev’s goal.Three minutes later Emil Angelov attacked the hosts’ goal, but Uros Golubovic saved.
A couple of times the game on the field was stopped because of fouls or hit players. A yellow card was shown to the midfielder Svetoslav Dyakov, for a confrontation with Emil Angelov. A minute later Angelov received a yellow card for rude conduct against Dyakov. In the 39th minute another player of Beroe got a yellow card – Elias da Silva.
The tensed players of the two teams got to a confrontation, but the referee Tasko Taskov got the situation under control.
The second half time Ludogorets raised the speed. Ivan Stoyanov scored after a pass from Emil Gargorov in the 56th minute. 4 minutes later it was Ivan Stoyanov again who scored the most beautiful goal of the match, with an accurate shot from a big distance, in the right corner of the goal. In the 78th minute the captain Gargorov made the score classic.
„I’m happy for the 3 points received. This was an extremely important match for us. I have some remarks about the playing, which was stiff during the first half time. At expense of it, we scored 3 goals in the second half time”, commented after the end of the match Ludogorets’s head coach Ivaylo Petev. He stressed that he took a risk letting Marcelinho play, although he haven’t fully recovered from a cold.
„I’m not happy with the score. The first half time we didn’t give a chance to Ludogorets, but we missed some 100% situations to score. We could’ve played smarter in the offense situations”, commented the head coach of Stara Zagora’s players Ivailo Ivanov.