Ludogorets outplayed Vidima Rakovski with a smashing score of 5:0. 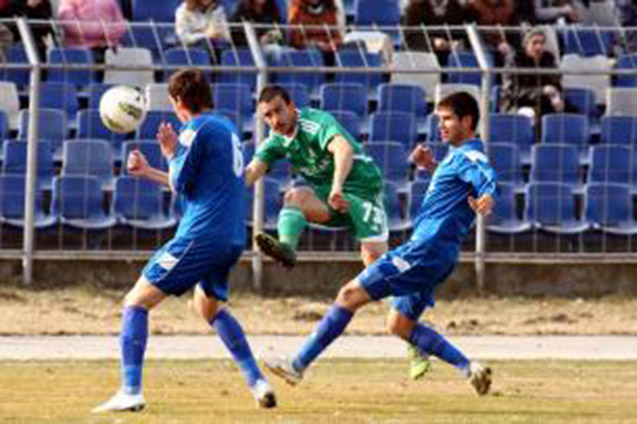 Ludogorets outplayed Vidima Rakovski with a smashing score of 5:0. “The eagles” showed their class in the very first minutes of the game, and thanks to their vigorous playing the result was decided by the end of the first half-time.
The captain Emil Gargorov was the scorer of two of the goals. Other scorers at the goal of Sevlievo’s host were also Stanislav Genchev, Ivan Stoyanov and Junior Quixada.
With this new success Ludogorets confirmed their leadership in the elite group, currently leaving the next teams in the ranking with 6 points behind.
First goal was scored in the 13th minute, when Stanislav Genchev passed Hikmet and scored. During the next minutes, through pressure, the guests took the initiative and Vidima couldn’t get out of their half.
By the end of the first 45 minutes the goals were raining down at Vasilev’s goal. After a good pass of Ivan Stoyanov in the 30th minute, Emil Gargorov scored for 2:0. Just three minutes later the captain scored again after a kick by Vitinha.
The leading goal scorer Ivan Stoyanov made the result 4:0 in the 44th minute, scoring after a leading pass.
The last goal of the match was scored after a finishing combination in front of the hosts’ goal. Mihail Alexandrov made a diagonal shot, Vasilev cleared the ball, but Quixada took it and scored the fifth winning goal.