Ludogorets arranged a classy opponent to play against in a friendly during the pause in First division’s schedule due to the national team’s matches... 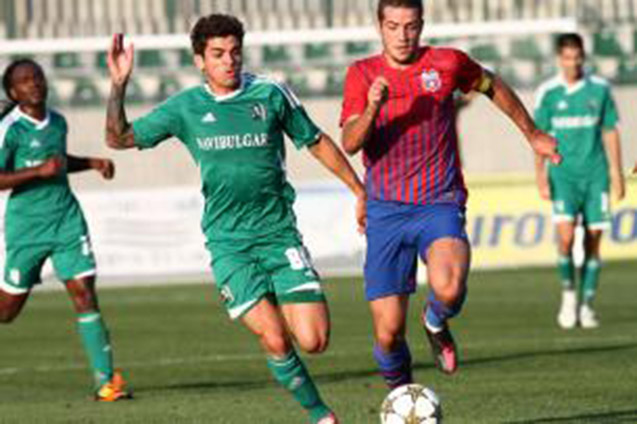 Ludogorets arranged a classy opponent to play against in a friendly during the pause in First division’s schedule due to the national team’s matches against Denmark and the Czech Republic. On October 13 the Champion, holder of the Cup and the Supercup of Bulgaria, will confront the Romanian team of Rapid Bucharest. The match will take place at Ludogorets Arena stadium, kick-off – 17h.

Rapid is currently 7th in the ranking of Romania’s First division, with 15 points. The leader – Steaua, has 25. However, Ioan Sabau’s team has one less match.

The latest sparring in which Ludogorets will confront one of the big teams from our Northern neighbour. By now, “the eagles” have trice played against Dinamo Bucharest. On October 8, 2011 Ludogorets won with 2:1 over “the dogs”, in Razgrad. The goals were scored by Marcelinho and Kabasele. Four months later the two teams met again, only this time – at the training camp in Antalya. The match ended on 1:1, the goal being scored by Svetoslav Dyakov. Ludogorets obtained an indisputable victory over Dinamo on July 2 2012, during the preparation in Austria – 3:1. This time, two goals were scored by the team’s captain Emil Gargorov, and one by Miroslav Ivanov.

At the beginning of September “the eagles” hosted a friendly match with the most succesfull and popular Romanian team – Steaua, at Ludogorets Arena. The holder of 1986’s European Champion Clubs’ Cup took the lead with a goal scored by the Brazilian player Rocha. His compatriot Junior Quixada scored 1:1 for the final result, five minutes before the last referee signal.