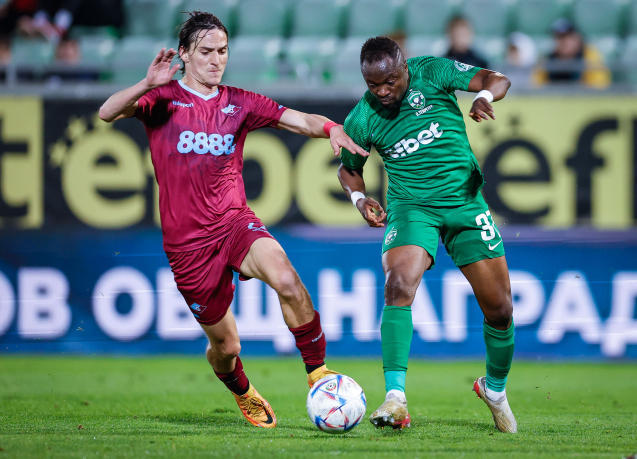 Ludogorets completed a turnaround against Septemvri and added three points to its asset. The Eagles won 3:1 and returned to second place in the standings with 35 points.

The visitors from Sofia took the lead in the 16th minute. Then the head referee, after consultation with VAR, awarded a penalty to Septemvri after a foul by Denny Grupper. Asen Chandarov stood behind the ball, whose shot was on target. The Eagles equalized in the 39th minute when Matias Tissera made Sheytanov helpless with a beautiful shot from the air.

The complete turnaround was in the 51st minute when Olivier Verdon scored from a penalty awarded for holding Tissera by Asen Georgiev. The final 3:1 was made by Manuel Show in the 63rd minute after deflecting the ball into the net when Spas Delev crossed from a corner. Several key players did not take part in the match.

Captain Anton Nedyalkov and Cauly Oliveira, who was given a rest, remained outside the group. Kiril Despodov was also not in the lineup, as he is recovering from an injury. However, he will be available for the match with Roma at the Olimpico.