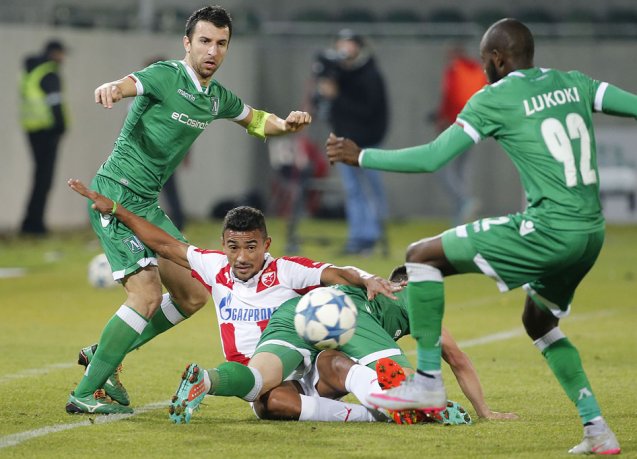 In a match played in front of 3000 spectators in Razgrad Ludogorets beat Crvena Zvezda 3-1. The team from Razgrad was simply outstanding on the pitch. The game was a true exhibition of team work, intensity and fine passes.

The three goals were scored by the Brazilian trio Mrcelinho, Cafu and Lukas Sasha, Mitchell Donald was the one to score for the Serbians.

The first goal came in the 7 min. after a fine pass from Cafu Mercelinho sent the ball into the net. Five minutes later Cafu was the one to score the second goal. Left face to face with the goal keeper the Brazilian did not hesitate to shoot.  In the 20 min Wanderson had an excellent opportunity but could not make the most of the situation.

The second half started with a goal for Crvena Zvezda. Mitchell Donald scored a beautiful goal. In the next minutes Ludogorets totally dominated over their rival. The third goal for the eagles came in the 80 min. Lucas Sasha send the ball into the net with a fine pass. Till the end of the game Ludogorets was the better and more motivated team on the pitch.  The game ended with a prestigious win- 3-1.