Keseru scored twice in a devastating win over Cherno More 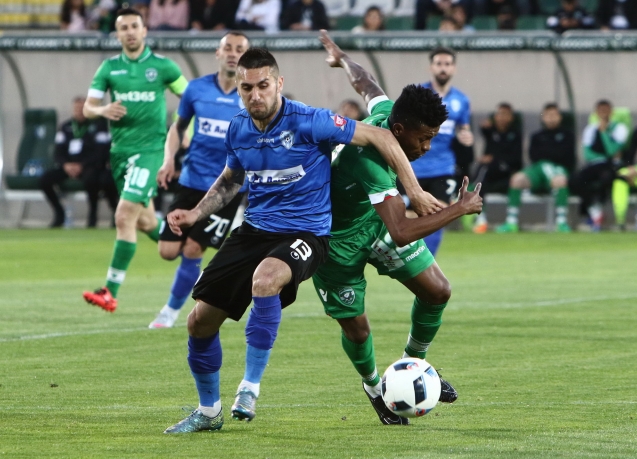 Ludogorets wiped out Cherno More with a 4:0 score and is only a victory away from the sixth consecutive title. “The Eagles” showed their supremacy early in the game and by the half-time they left no doubt how the game would end. The first goal was scored in the 7th minute – after a counter-attack the ball was in Wanderson’s possession and he immediately passed it to Keseru, and the Romanian player easily scored his 20th goal for this season. In the 37th minute Palomino doubled the score with his head after a pass from Wanderson. Three minutes later the best player on the field – Wanderson, took advantage of a mistake made by the other team’s defense and skillfully overthrew Emo Mihaylov, adding another goal for Ludogorets. The defeat over the visiting team was concluded with the fourth goal – Keseru scored from the penalty point after the referee decided there was a penalty agaist Palomino made by Kuzma.

During the second part Georgi Dermendzhiev’s players slowed down the pace to relieve the pressure on Georgi Ivanov – Gonzo’s team, although they created a few goal situations in front of their gate.