Ludogorets qualified for the semi-final of the Cup of Bulgaria after a new victory over Litex. 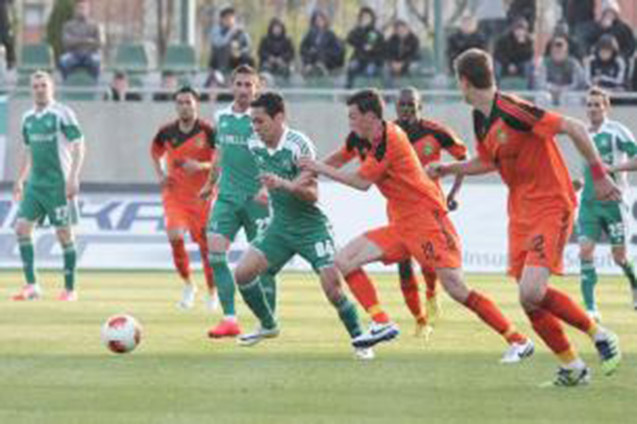 Ludogorets qualified for the semi-final of the Cup of Bulgaria after a new victory over Litex. The champions team returned from 0:1 to 2:1 and goes on in the tournament with 4:2 aggregate. The draw for the next round is on Thursday, April 03, 2014.

Ludogorets was the better team of the first half and their rival only relied on counterattacks. After one of these attacks Litex surprisingly lead. Momchil Tsvetanov was in the right place and shot beyond Ivan Cvorovic. Ludogorets returned in the match in the best possible moment – the last minute of the first half. After a corner the ball reached Cosmin Moti and he overcame Ilko Pirgov, whom Miodrag Jesic – the new coach of Litex- preferred to the recently starting goalkeeper Evgeni Aleksandrov. Before the halftime Stoycho Stoev had to make a substitution – Hristo Zlatinski had an injury and was replaced by Sebastian Hernandez.

After the halftime, Ludogorets dominated but scored only one goal, which appeared to be enough to win. In the 64-th minute Virgil Misidjan found Mihail Alexandrov on the right, whose pass was crossed by Plamen Nikolov for an own goal. Litex on the other side didn’t threaten Ivan Cvorovic, except for Momchil Tsvetanov who tried to shoot from distance, but the ball went out.