Ludogorets with a wrong move in Plovdiv

Ludogorets couldn’t defeat Lokomotiv Plovdiv on their stadium “Lauta” in the derby of the XXXI round of NEWS 7 Football Championship. 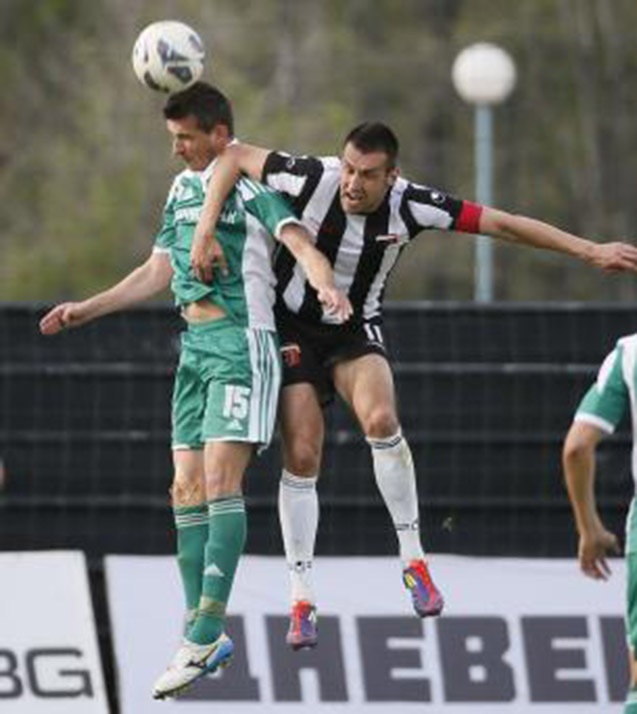 Ludogorets couldn’t defeat Lokomotiv Plovdiv on their stadium “Lauta” in the derby of the XXXI round of NEWS 7 Football Championship. The match finished 1:1. Now the champions are eight points ahead of CSKA and Litex. The Lovech team will be visiting Botev in Komatevo on Sunday.

At “Lauta” Stoycho Stoev gave a rest to some of the main players. Marcelinho was on the bench, while Cosmin Moti, Mihail Alexandrov and Hristo Zlatinsky were not even on the team list. The captain Svetoslav Dyakov who is healing a shoulder injury was also out of the match list. Despite that fact, from the beginning of the match the “eagles” took the initiative, playing more often with the ball. The hosts of this game – Lokomotiv, relied mainly on counterattacks. Ludogorets was ahead in the 34th minute of the match, when Virgil Misidjan did a perfect free kick right in front of the goal of the “smurfs” and forced Yordan Gospodinov to take the ball out of the net. Two minutes before the end of the first half the champions missed to determine the result. Junior Caicara shot from the small penalty field, where the Roman Bezjak’s header missed the goal.

The hosts managed to level in a very absurd way for Ludogorets. In the 60th minute Martin Kamburov shot treacherously a free kick, Vlado Stoyanov punched the ball, which met Yordan Minev’s body and went straight into the net – 1:1. In the following minutes the match became even more interesting. The “eagles” were eager to score a second goal, but the attacks of Lokomotiv were risky, especially when the ball was in the penalty field in front of Stoyanov. Closest to scoring were Marcelinho, whose kick was crossed by a defender, and also Yordan Minev, who tried to flip the ball over Gospodinov, instead of shooting the goal directly. Ludogorets could even lose in the last minute, when a kick from Martin Kamburov met the left side bar. 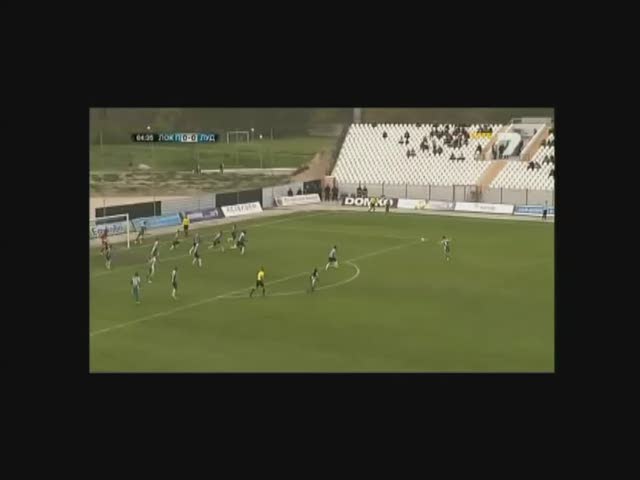