Ludogorets with a championship victory at the "Balgarska armia" stadium

Ludogorets achieved an important victory over CSKA in the derby of the XXIX round of NEWS 7 Football championship. 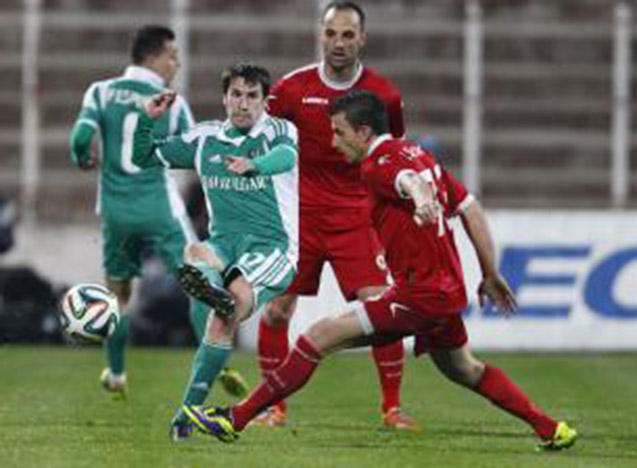 Ludogorets achieved an important victory over CSKA in the derby of the XXIX round of NEWS 7 Football championship. The champions overcame with 1:0 CSKA and lead with six points before the second team in the ranking – Litex. The precious goal was scored by the substitute Dani Abalo in the 77th minute of the match. The Spanish player took advantage of the mess in the “reds” penalty field only few seconds after the ball hit the crossbar after Espinho's free kick.

The game seen by 5000 spectators was concurrent and both teams made a lot of effort. Stoycho Stoev could not count on three of his main players – the injured Svetoslav Dyakov and Junior Caicara and the suspended Hristo Zlatinski. Despite that fact, “the eagles” were undoubtedly the classier team. Roman Bezjak and Yordan Minev missed their chances before the halftime. Jackson Mendy had the best opportunity to score for CSKA in the second half. At the very end of the game, Ludogorets could have scored another goal but Junior Quixada missed out after a rapid counterattack and a good pass by Sebastian Hernandez.