Ludogorets is on 1/8 final in the Europa League. 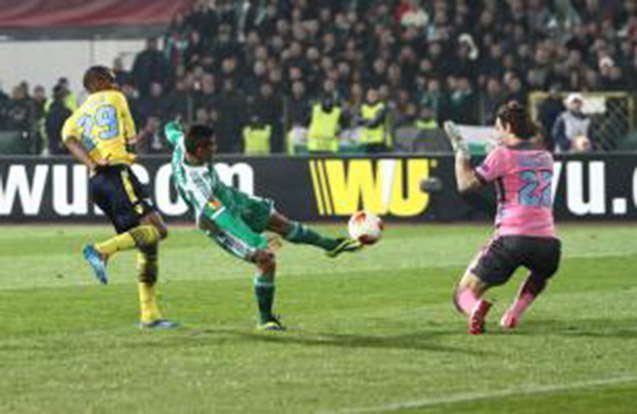 Ludogorets is on 1/8 final in the Europa League. The champion of Bulgaria eliminate Lazio after a dramatic 3-3 draw and with 4-3 in total is moving forward. In the next round on March 13 at the stadium "Vasil Levski" "Eagles" will face Valencia, who defeated Dynamo Kiev.

The match started pretty badly for the "eagles" that conceding a goal at the outset. The first goal scored Baldo Keita in the first minute after breaking Vladislav Stoyanov, who failed to kick the ball forward. Italian soccer team advantaged in the best way and then a powerful breakthrough scored.

The homes reacted pretty fast from the first shock. In the 10th minute Roman Bezjak did a fabulous shot that went just wide. In the 14th minute Marcelinho missed a golden chance to equalize letting alone against the goal-keeper. Four minutes later the technical midfielder tried again his luck but had no chance again but this time failed again, as his strongest shot flew just wide of the left post.

The second half began with a shot for the Italians. In the 54th minute Perea scored a second goal. After a quick counterattack player of the guests was set up by that alone against the goal-keeper Stoyanov and no mistake for 0:2.

In the 65th minute only luck prevented Ludogorets to return to the game. Bezjak advanced the ball to his feet and shoot, but the ball hit the side bar. Two minutes later, Slovenian blew up the stands with a duty hit in Europe. Striker of the "Eagles" scored with a shot on the diagonal. In the 78th minute Hristo Zlatinski equalized after a shot from distance, as shot fell through goal-keeper of Lazio, who did not intervene in the best way. In the 82nd minute moment inadvertently cost a third goal for the guests. Miroslav Klose scored for 2:3 after supplementation.

Two minutes before the end of the 90 minutes happened a miracle and Ludogorets again equalized. Bezjak neatly headed the ball to Junior Quixada hooked on Moti who put in a difficult position to knock his team 1/8-final.