Ludogorets lost two points and finished 2-2 in a strong derby with Botev (Plovdiv). 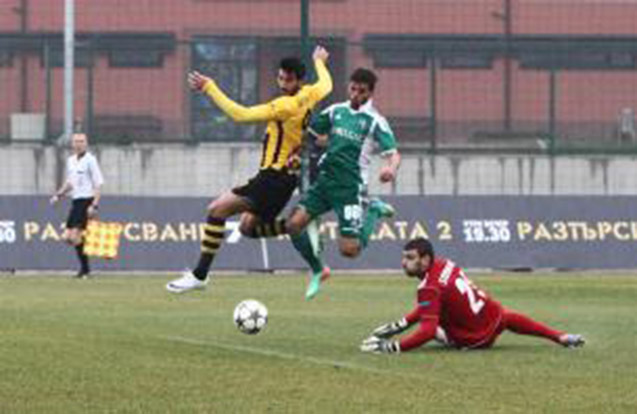 Ludogorets lost two points and finished 2-2 in a strong derby with Botev (Plovdiv). The match was played in front of 4,000 visitors at the training base of the "canaries " in Komatevo. Champions remain top of the table, but they keep just one point ahead of Litex, who beat 3-0 Beroe in Lovech.

In Komatevo Botev first came out on top in the result. New addition Hamza scored in the 14th minute after he was set up Vladislav Stoyanov. After 22 minutes Yordan Minev was close to paying off , but the goal-keeper Stahovjak and the post prevented the outcome is aligned. Seconds later, Fabio Eshpinho stroke corner kick from the little box where Cosmin Moti head knock the ball home. In the 39th minute came the most contested position in the meeting. After pass Minev-Misidzhan shoot the goal of Botev. Stahovyak with recent efforts cellars , remaining impression that the ball has passed the goal line . The referee Nikolay Yordanov, such additional Vihren Manev and assistant Ivo Kolev however considered that no goal.

The hosts reached a new goal in the second half. Dore found Hamza, who came in penal of Ludogorets and shot Stoyanov for 2:1 . " Eagles " showed , however , and only 11 minutes later the result was again equalized. Author of the goal for 2-2 Virgil became Misidjan that fantastic shot from just outside the penalty area made Adam Stahovyak helpless.Till the end of the match Ludogorets dominated over the ball and few times create serious tension in the defense of Botev. By the third goal in Stahovyak however not reached. Botev had only one situation where Tunisian Hamza with scissors kick shot out. 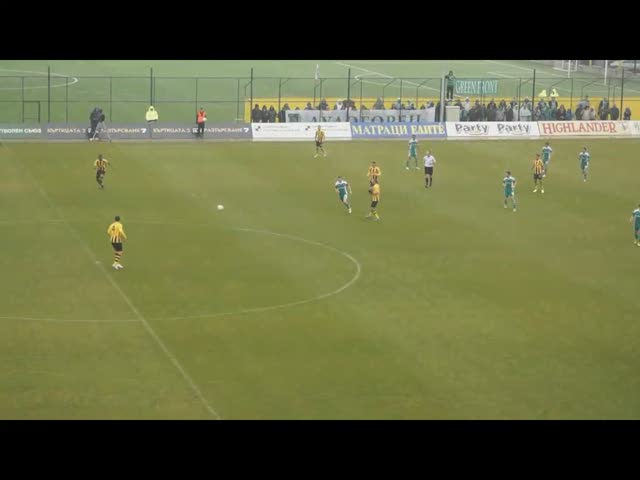