Ludogorets with a categorical win in the 14th round of A group. 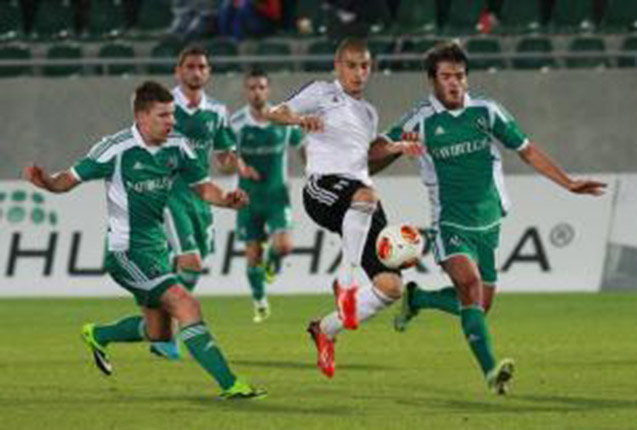 Ludogorets with a categorical win in the 14th round of A group. The champions crushed with 5:1 the team of Lyubimets and continue to share the first position in the ranking with Litex. The team of Lovech are on the top because of a win in the first so far match between the two teams. The game in Razgrad will be remembered with the 4 goals by Roman Bezjak. The Slovenian international substituted the injured Michel Platini. For the “eagles” also scored Sebastian Hernandez. The only goal for the team of Lyubimets was scored by the substitute Orlin Orlinov.

After the great win over Chernomorets in Odessa, the coach Stoycho Stoev decided to give a rest of some of the main players. Vlado Stoyanov, Junior Caissarla, Marcelinho and Virgil Misidjan were left out of the starting line-up, just to keep them in good condition for the following games. In the next ten days the champions must play three matches - on Wednesday they are visiting Chernomorets in Bourgas, on Sunday they will play at home with Slavia, and the next Thursday is the home match with Chornomorets Odessa, part of UEFA Europa League group stage.