Great Ludogorets with 3rd win in a row in Europe

Ludogorets recorded third win in a row in Europa League. 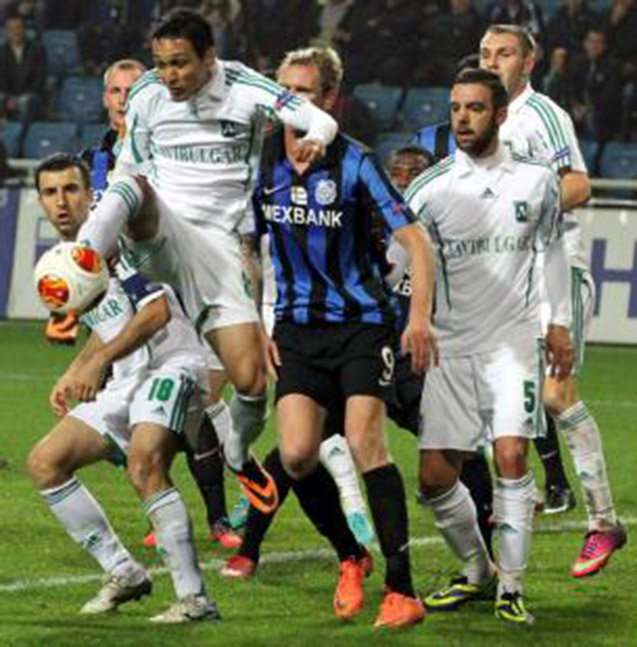 Ludogorets recorded third win in a row in Europa League. The Champions hit with 1:0 Chernomorets in front of 20 000 visitors in Odessa and they need only one point to get to the final position in the elimination phase of the second tournament of Europe which is starting in February 2014. Hristo Zlatinski scored priceless goal in 45th minute. The midfielder scored with a strong hit from free direct kick, judged for a foul against Marcelinho.

The match in Odessa was really tough and the homes made a lot of problems of Ludogorets. Few times Vladislav Stoyanov made good saves and the attackers in blue-black shirts was denied.On their turn Stoycho Stoevs’ men played smart and defended more than successful. After the half-time the “eagles” had a lot of pure situations after fast counter-attacks. Junior Quixada and the substitute Dani Abalo had no chance and didn’t get to a goal. But 1:0 is more than enough to keep Ludogorets on the top position. The “eagles” already lead with five points in front of the second PSV, who made 0:0 against Dinamo on “Maximir” in Zagreb.