Powerful Ludogorets crushed CSKA with 3:0 and made it to the second place in the NEWS 7 Football championship. 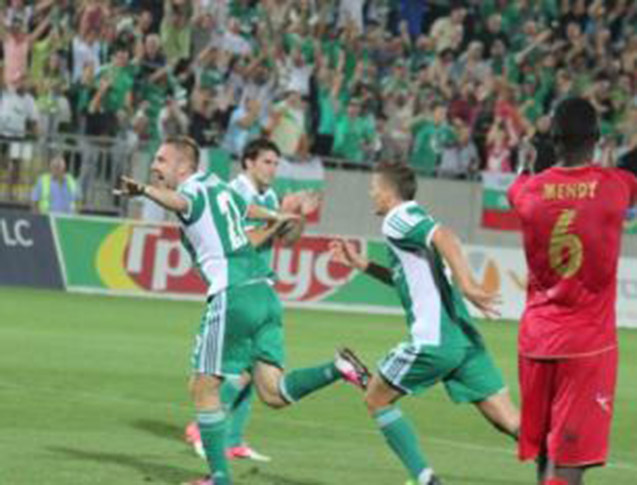 Powerful Ludogorets crushed CSKA with 3:0 and made it to the second place in the NEWS 7 Football championship. Cosmin Moti, Roman Bezjak and Marcelinho scored for the champions, who had a total superiority during the whole game and missed a lot of chances to score more goals. In the end of the first half-time Ludogorets scored, after a lot of misses. Marcelinho passed to Ivan Stoyanov who sent the ball in the small penalty, where Cosmin Motiwas left alone and punished Cherni scoring with his head. The champions made a new attack. Cherni saved Bezjak’s kick and Dani Abalo tried to make an assist but he didn’t aim the goal.

In the beginning of the second half-time Marcelinho shot from free direct kick with his left foot but the ball went over CSKA’s goal. In the 62th minute Svetoslav Dyakov showed a fantastic sense for the game “separating” the red’s deffence with a perfect pass to Roman Bezjak. He shot with left foot from a volley and sent the ball in the right corner of the goal – 2:0. CSKA immediately tried to give back the score. Ivaylo Chochev was led among the left, he stopped the ball well and tried a strong kick with the left foot. The ball hit the vertical beam and thudded in front of the goal line. In a while after that the Eagles’s ex-captain Marcelinho hit the ball with his left foot but Vladi Stoyanov beated out with one hand deserving fans’ applauses. In the 73-th minute Ludogorets scored another goal and finished the game. Kaissara was perfectly led among the left wing after Svetoslav Dyakov’s kick. The Brazilian came into the penalty and passes to Marcelinho who shot Cherni from about 10m.

CSKA finished the game with 10 players because Emil Gargorov had to leave the field after he got a contusion. Little before that Stoycho Mladenov had made his three changes. 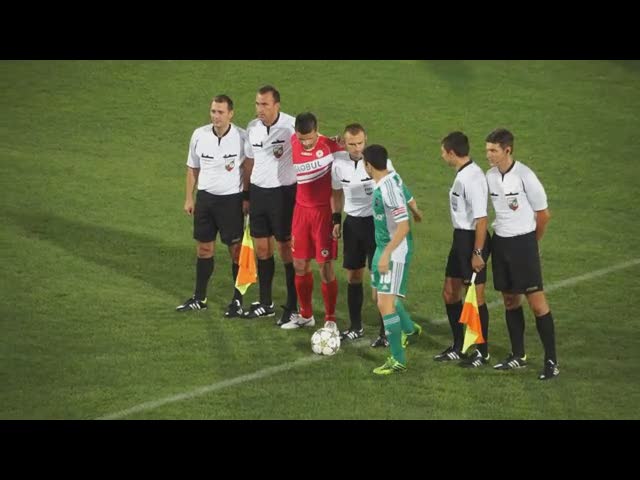