The Champion Ludogorets won against Slavia with 3:0 and recorded the first success of "Ovcha Kupel". 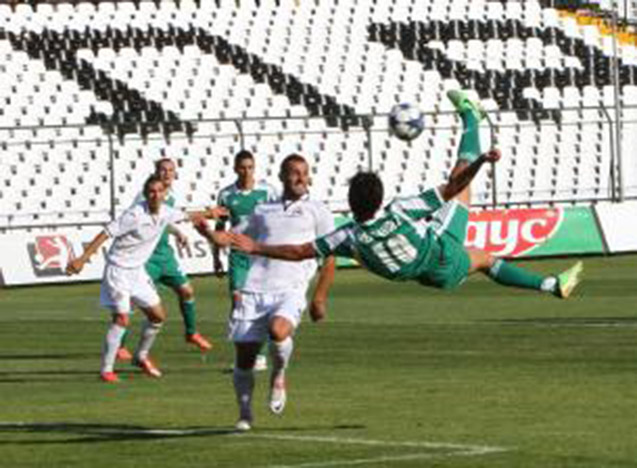 The Champion Ludogorets won against Slavia with 3:0 and recorded the first success of "Ovcha Kupel". The Eagles took the three points playing with footballers, who rarely took place in the starting lineup. On the titular team was given a break with a view to the upcoming rematch against Partizan from the 3rd qualifying round of the Champions League.

Ludogorets opened the scoring in the 10th minute. Then Sebastian Hernandez sent with a scissors kick the ball in the net after centering from the right. After the goal, the football players of Stoycho Stoev continued to dominate the initiative and on several occasions were close to a second goal. In turn, the hosts relied on counter-attack, which however did not endanger Ivan Čvorovic. Once Hristo Yanev hit the post after a mistake of Miroslav Ivanov upon removal of the ball.

The second part began excellent for the champions, who only after 10 minutes of play were able to double their lead. After a quick counterattack of Miro Ivanov passed to Hernandez, who immediately stretch the game right to the Alexandrov. Alexandrov has progressed gently into the penalty area and shot hard, the ball ricocheted and transfer Petkov for 2:0.

The third goal was the work of Quixada six minutes before the end of the match. Football player's guests has progressed well on the left, bet Zhivko Zhelev on the corner of the penalty area and with many technical impact on the diagonal sent her it into goal for the final result 3:0.