The newest addition to Ludogorets Hristo Zlatinski, debuted for the champion team in a trail game. 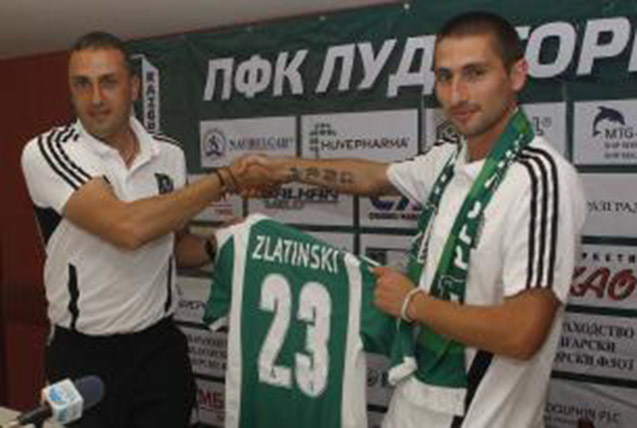 The newest addition to Ludogorets Hristo Zlatinski, debuted for the champion team in a trail game. On Friday night "the eagles" scored 14 goals against the amаteur team of Parvomai. The game took place on September's stadium in Smolyan. Three days ago Ludogorets beats Asenovets with 8:0 in a trial game. In this game also debuted the other new player of the team – Fabio Espinho. This new, former Moreireinze half, scored 2 of the goals in the game. The Portuguese player also scored a goal in the game against Parvomay. The champions will play their first official control game against Pirin (GD) on Sunday. The match in Smolyan starts at 15:00 h. After this game the team will take a short break. The second part of the preseason preparation will start next Wednesday. The team will leave early in the morning on Wednesday for Austria, where they will stay for 10 days and play 3 control games - against the Croatian Rijeka, the Romanian Petrolul, and the Ukrainian (Metalurh Donetsk).