Ludogorets out of the competition for the Cup, after a victory

Ludogorets left the tournament for the Cup of Bulgaria with dignity. 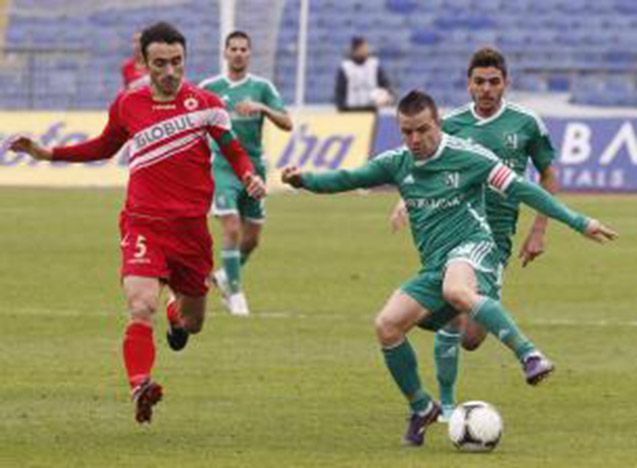 Ludogorets left the tournament for the Cup of Bulgaria with dignity. The Champions won the 1/16 finals return match against CSKA with a 1-0 result, and after 1-2 in Razgrad they drop out due to the higher number of goals conceded when hosting. Ivaylo Petev‘s boys have a reason to regret it, since they were the better team in both matches. However, the goals let in by the team at Ludogorets Arena turned out to be crucial.

The match at Vasil Levski stadium started in the early Saturday afternoon – a strong start for both teams. In the 18th minute „the red team“ left with one less player. Njongo Priso hit Junior Caiçara without the ball, and the referee Stanislav Todorov expelled him by showing him a red card directly. Having one less player made CSKA pull back in defense, as their only goal was to keep the first match score in their favour. By the end of the half time Ludogorets had the upper hand controling the ball, but there were no clear goal scoring opportunities at CSKA‘s goal.

The second part wasn‘t any different than the first. The champions were constantly attacking, yet they weren‘t finding the way to the goal. In the 69th minute the number of players got even. After a long tackle, Ivan Bandalovski was fouled by Junior Caiçara and the referee Stanislav Todorov showed a second red card to the Brazilian. This fact didn‘t change the events on the field. The champions kept pressuring and in the 78th minute Emil Gargorov gave his former team a lesson. Svetoslav Dyakov used perfectly Gargorov‘s position, who took advantage of Mihail Venkov‘s unfortunate pass and netted the ball. By the last referee signal „the eagles“ tried everything, but they were slowed down by the constant interruptions of the game. The champions couldn‘t score the goal they were striving for and they dropped out of the Cup of Bulgaria tournament. 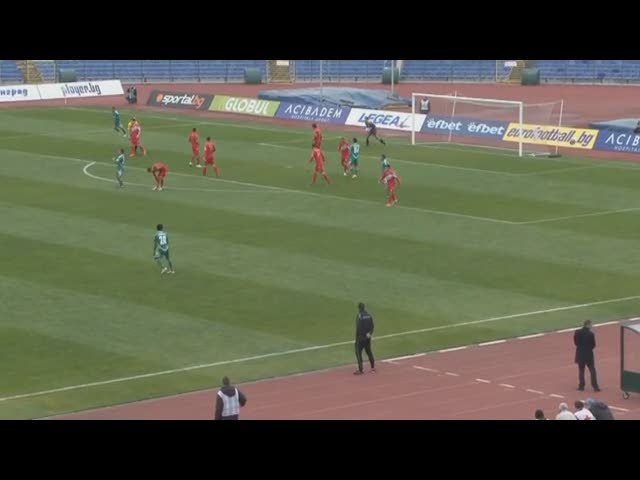