Ludogorets eliminated Zalgiris in a dramatic match with six goals

Ludogorets qualified for the Europa League for the seventh time. 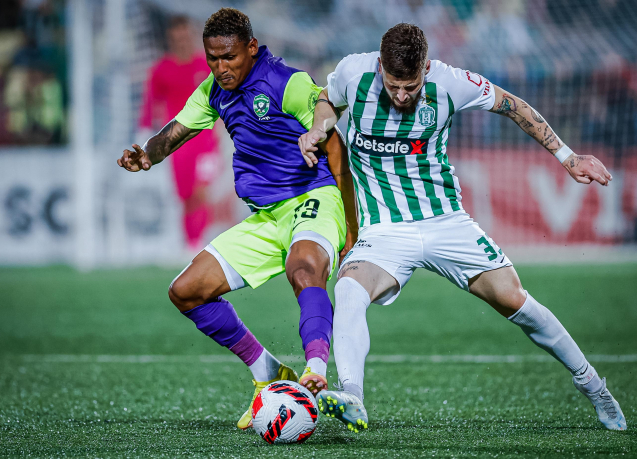 Ludogorets qualified for the Europa League for the seventh time. After a dramatic 3:3 score in the rematch and a total score of 4:3 after both matches, the Bulgarian champions will continue ahead. This was a hard-earned victory that was even harder because of the artificial surface of the stadium in Vilnius.

The home team took the lead in the 22nd second. Tiago evened the score in the 8th minute, but Zalgiris took the lead again in the 15th minute. Tissera evened the score again in the 57th minute, but Oliveira secured Zalgiris’ lead again six minutes later. Verdon scored the final goal from the penalty point during the added time – in the 120th minute.

Urega received the ball from Ojevusi and scored in the 22nd second. Tissera outplayed Zalgiris’ defense in the 8th minute and tried to score, but Gertmonas kicked it back. Tissera still helped even the score – the ball went straight to Tiago who scored easily.

Buff scored in the 15th minute, making the score 2:1. Tekpetey almost evened the score again in the 33rd minute, but the gatekeeper saved. The player tried to score again twice when the second part began, but the result was the same. Tissera outran the defense of the competitor in the 57th minute and evened the score again. However, the home team took the lead six minutes later. Renan Oliveira scored easily, leaving no chance for Sluga to save.

Simundza decided to let Cauly play, and the latter tried to score in the 79th minute, but he was not lucky. Delev passed the ball to Karnicnik in the 90th minute and it eventually went to Jonathan. Since it was in Tiago’s possession before that, he turned out to be in an offside situation. As a result, the referee decided to add time.

Delev sent the ball out in the 91st minute. Jonathan hit the woodwork seconds later, but he was in an offside situation, so it didn’t matter. Cauly tried his luck again in the 107th minute, but he didn’t score. Ludogorets earned a penalty kick in the 117th minute. Verdon scored from the penalty point. This was enough for Ludogorets to qualify.