Another transfer is now a fact. Ludogorets sold Alex Santana to the Brazilian club Athletico Paranaense. 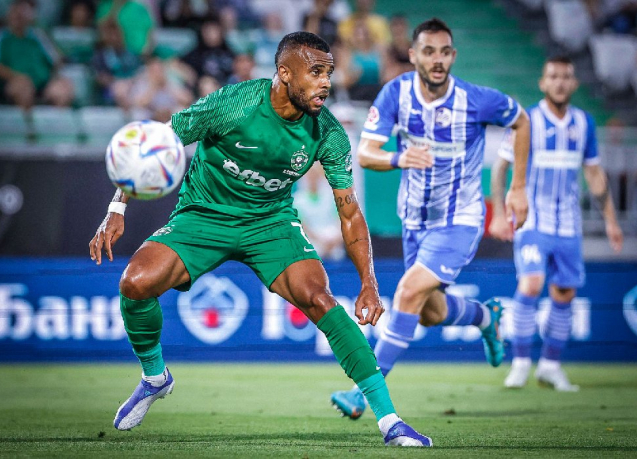 Another transfer is now a fact. Ludogorets sold Alex Santana to the Brazilian club Athletico Paranaense. The defensive midfielder is back in his home country and is already among his new teammates. His new club is part of the strongest South American tournament, Copa Libertadores. Athletico Paranaense’s other recent acquisition is Fernandinho, one of the most popular Brazilian midfielders, who was part of Manchester City before.

Santana joined Ludogorets in the summer of 2020 from Botafogo. He has a lot of contributions to the champions’ last two titles and to the Europa League group phase qualifications.

The transfer was a must because the player needed to be closer to his family. The deal was negotiated months ago, but the player wanted to be part of the Champions League preliminary rounds.

“My friends, I’m leaving the club, but my heart stays here. I will support the team and I know the Champions League is close”, said Santana.

PFC Ludogorets would like to wish him success in his new club!

SANTANA AS PART OF LUDOGORETS