Ludogorets had a great start in the Champions League qualifications 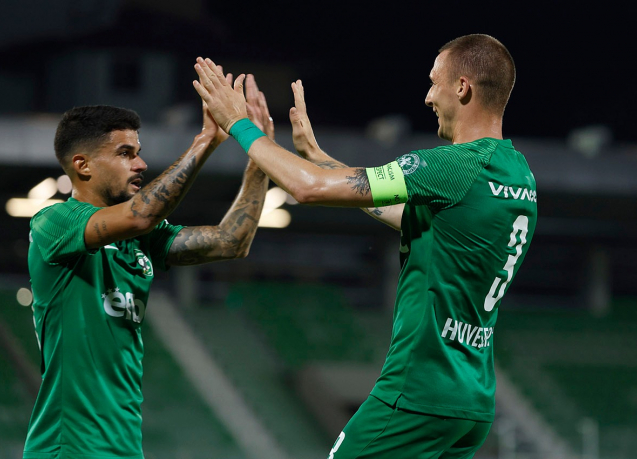 Ludogorets had a great start in the Champions League qualifications. The Bulgarian champions defeated 2:0 Sutjeska – the champions of Montenegro. Santana scored the first goal in the 74th minute, followed by Tissera’s goal in the added time. The guest team’s defense was strong throughout the match.

Ludogorets applied pressure from the moment they entered the pitch. Tekpetey tried to score in the fifth minute, but he sent the ball out instead. Santana tried to do the same, but he also missed the gate. Sutjeska tried to defend their gate, while Simundza’s players dominated the guests’ part of the field. Sutjeska’s gatekeeper saved Sotiriou’s goal attempt in the 19th minute. Later, Yankov sent the ball to Plastun, and the latter almost scored.

Tekpetey sent the ball to Yankov in the 40th minute. The young player sent the ball too high and missed his chance to score. Jonathan was the last player to try to score during the first half.

The second half was marked with many goal situations, the first of which was created by Sotiriou. He kicked the ball from the foul point, but Gilien prevented the goal. Yankov tried to outplay the gatekeeper in the 57th minute, but the latter saved again.

The Eagles took the lead in the 74th minute after Cauly kicked the ball from a corner. Gilien kicked it back, but it hit the woodwork and went straight into Santana’s possession. He scored easily.

Santana passed the ball to Cauly during the added time, and Tissera received it. He scored his first goal in a European tournament.