Ludogorets Academy’s champions received their trophies and gold medals during a special ceremony at the Eagles’ Nest stadium. 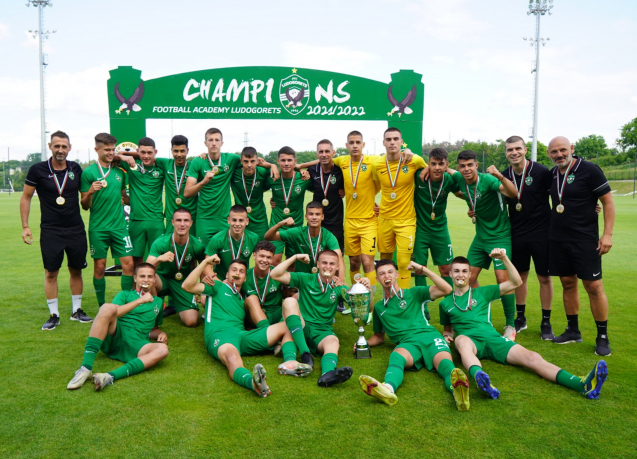 Ludogorets Academy’s champions received their trophies and gold medals during a special ceremony at the Eagles’ Nest stadium.

The U17 and U15 formations of Ludogorets received the trophies for winning the elite championships from the CEO of Ludogorets – Temenuga Gazdova. Both teams performed great throughout the season and proved they are the best with a goal ratio of 99:11.

The U19, U16, and U14 formations received their trophies from the local BFU representative – Dincher Karov. The players were the best in their league.

The best players of all age groups were also awarded individually. Umut Habil is the #1 goalkeeper in the elite youth group up to 17 years of age. Yanko Ajuani is the best midfielder in the U15 group. Filip Gigov is the best scorer in the 15-year-old group with 28 goals in total.