Ludogorets played a big match, earning a valuable victory with 1:0 against CSKA even with one less player. 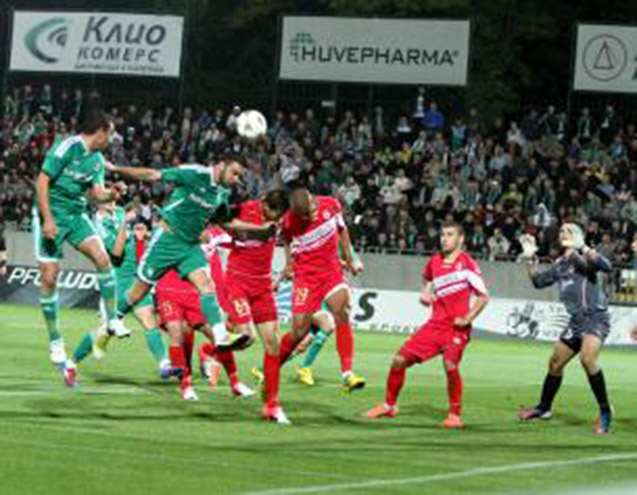 Ludogorets played a big match, earning a valuable victory with 1:0 against CSKA even with one less player. The champions are still sharing the first place with Levski that won over Pirin (Goce Delchev) with 2:0. Both teams have the full credit of 6 victories. Marcelinho scored for 1:0 in the 75th minute. Shortly before that the referee Georgi Yordanov showed a second yellow card and a red card to Miroslav Ivanov, leaving “the eagles” with 10 players. The referee decided that the midfielder was simulating inside the penalty area of “the red”, after a contact with one of their defenders.

Ludogorets started the match better than the adversary and quickly took the lead. The first clear opportunity for a score in front of Cherni’s goal was in the 14th minute. Marcelinho gave an excellent pass to Gargorov, who tried to head the ball, but the goalkeeper of “the army team” cleared the ball for a corner kick. Shortly after, Ivan Stoyanov Gargorov and Marcelinho made a triple combination. However, the last one sent the ball out. Ludogorets kept pressuring, while the opponent was counting more on counter attacks, but there wasn’t any danger for Ivan Cvorovic. In the 37th minute Apostol Popov barely cleared the ball just before Miro Ivanov could shoot with head after a good pass from Ivan Stoyanov. At the end of the first part Venkov intervened in a great attack of “the eagles” and a Stoyanov-Gargorov pass. Seconds later the captain of the hosts failed to score from a free kick.

The second part started like the first one. “The eagles” were playing even better, and CSKA’s attacks were ending somewhere around the penalty area of the champions. A mistake of Krachunov in the 56th minute let Marcelinho give a dangerous pass to Stoyanov, but the hosts didn’t take advantage of the situation. In the 71st minute the most contested moment of the match arrived. During an excellent Ludogorets attack, after a contact between Miro Ivanov and a CSKA player, Deco fell inside the penalty area, but the referee awarded an indirect free kick to “the red”, showing a yellow card to Ivanov. Even with 10 players the hosts kept their offensive style and were shortly after awarded. Yordan Minev took a badly cleared ball along the right flank, kept going forward and passed to Marcelinho, whose position made Cherni helpless – 1:0. CSKA tried to draw, but the perfect defense and Ivan Cvorovic’s concentration led Ludogorets to a well deserved victory.Just before the match health problems took Lubomir Guldan out of the line-up. Ivaylo Petev chose Tero Mantyla to take his position. The newest addition to the team of “the eagles” – Roman Bezjak made an official debut with the green jersey. He entered as a substitute of the goal-scorer Marcelinho. 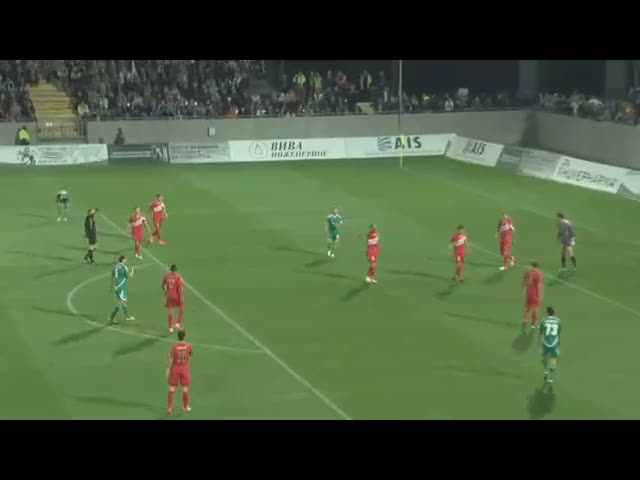