Ludogorets is training hard in Belek

Ludogorets will travel to Turkey on Sunday...

Donation from Ludogorets and Biovet

Ludogorets with a forth win in a row

“The eagles” won for the forth time since the beginning of the half season, with 2:1 against Lokomotiv /Sofia/. 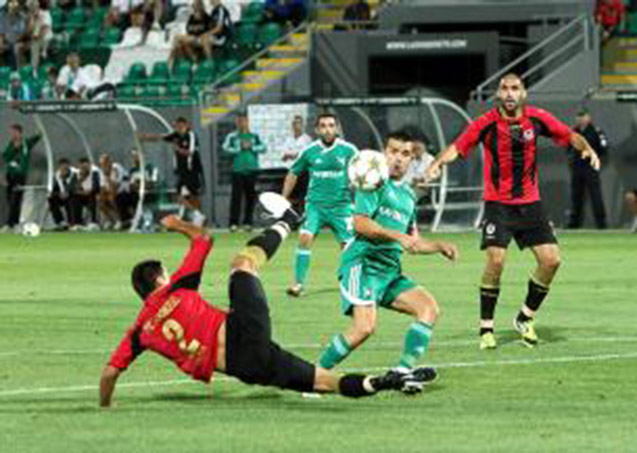 “The eagles” won for the forth time since the beginning of the half season, with 2:1 against Lokomotiv /Sofia/.

The first goal was scored in the 9th minute. Franck Guela broke from the left through the “rail men’s” defense and aimed a shot which Emil Mihaylov stopped. Miroslav Ivanov reacted instantly, sending the ball into the net.
Ludogorets made the score 2:0 in the 19th minute. Miroslav Ivanov assisted for the second goal. He threw a pass towards Emil Gargorov, who scored technically, sending the ball diagonally into the goal.

Lokomotiv Sofia managed to lessen the difference in the 30th minute. Georgi Hristov made an attempt for a shot into Golubovic’s goal, but the ball rebounded off the goalkeeper’s body. After a mistake in Ludogorets’s defense Hristov tried again and scored.
During the second half time the visitors managed to stir up and raised the pressure. Ludogorets also had their chances to score, but they couldn’t concede a goal in the second part.

Stanislav Genchev tried a direct kick towards Emil Mihaylov’s goal in the 49th minute, but the shot was above the crossbar.
In the 53rd minute Dimitar Telkiyski roughly stopped Svetoslav Dyakov using his arm. The referee Ivan Kirilov awarded to the eagles a direct free kick. Emil Gargorov’s magnificent shot could’ve turn out to be Ludogorets’s third goal, if the ball hasn’t met the adequate intervention of “the rail men’s” goalkeeper.
Marcelinho also missed a couple of chances. In the last seconds of the match, after a corner kick, the “railman” Alexander Branekov had a perfect possibility to score, but he missed.

„Except for the first 20 minutes, the team made what we had as a goal.
Lokomotiv played well, we withstanded to Ludogorets, we made it difficult for them, however, we lost the game.
Ludogorets always plays well, and today our team was better against the hosts, compared to our match at Ludogorets Arena last season, when we lost with 4:0.”, said after the end of the match the head coach of “the rail men” Anton Velkov.

„We let a simple goal, which disturbed the rhythm. Important thing is, we kept our long start and we won.
A lot of people of the team played below their level, but the important thing is that we won the 3 points.

We’re all to blame for the simple goal conceded against us, we didn’t find the best way to react”, analyzed the game Ludogorets’s head coach Ivaylo Petev. 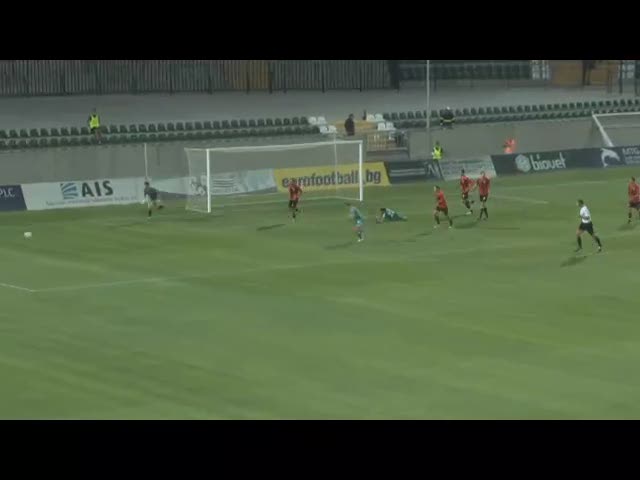