Ludogorets lodged a complaint against the referee, and for racist insults

Ludogorets’s management lodged a complaint in UEFA against the German referee Felix Zwayer, who presided over the return match of the Champions... 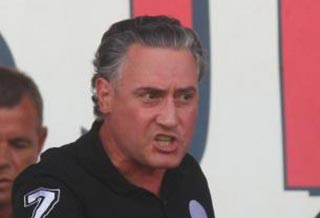 Ludogorets’s management lodged a complaint in UEFA against the German referee Felix Zwayer, who presided over the return match of the Champions league Second qualifying round, against Dinamo Zagreb.

The club claims against the exceeded additional time of 8 minutes, being announced as 5, awarded by the referee. And it was in the 98th minute that the victory goal for the hosts of Zagreb was scored.
Ludogorets lays a claim also against the referee’s refusal to give a red card for Samir, who broke Svetoslav Dyakov’s cheekbone after a hit with elbow.

The hosts have let Ludogorets’s management be an object of racist offences in the VIP lodge at Maksimir.
The guests of the hosts were calling the club’s owner Kiril Domuschiev, the Executive Director Angel Petrichev, and the Sport Director Georgi Karamandjukov “gypsies”, throwing beer cups and swearing at them.
The match delegate witnessed the offences in the VIP area.