Triumph for Ludogorets winning with the Super Cup, making a precedent in Europe

Ludogorets achieved a treble in his debut season in Bulgaria’s elite group. 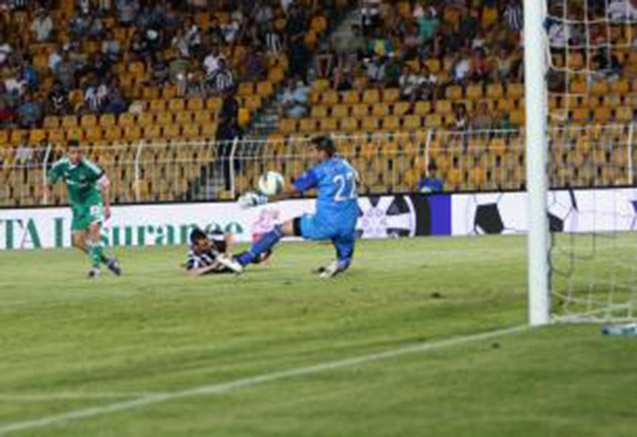 Ludogorets achieved a treble in his debut season in Bulgaria’s elite group. Ivaylo Petev’s boys outplayed Lokomotiv Plovdiv with 3:1 at the Lazur stadium in Burgas, deservedly raising the Super Cup of Bulgaria. The historical success for “the eagles” is a precedent in Europe, where, for the first time, a debutant in the elite group succeeds in getting all the titles.

The score was open in the 10th minute, when the new addition Uilson Caiçara managed to strike after Marcelinho’s heel pass.
Two minutes later, the “railwaymen” from Plovdiv made even after a direct free kick that Daxon Da Silva turned into a goal.
In the 43rd minute the captain Emil Gargorov raised the score in favour of Ludogorets.

Marcelinho, who masterly profited a mistake in the Plovdiv’s team defense, took the ball passed to him with head by Emil Gargorov, stroke over Gospodinov and scored for the final 3:1.

„I am really happy that we achieved a triple! This is highly obligating and we will make a maximum effort to keep the results”, commented at the end of the match the head coach of “the green team” Ivaylo Petev.

„I think that it’s a great accomplishment that the team passed from third to second and to first division in successive seasons. All efforts that we made took effect.
Our wish is to get in the Champions league’s groups this year or next one, and a few years from now at least two of the Youth academy players to be playing in the first team.”, said the team’s owner Kiril Domuschiev.