Ludogorets achieved their 14th consecutive win in the game against Vereya

The winning spree of Ludogorets in First league continued with a surprisingly hard game against the last team among the top 6 overall – Vereya. The... 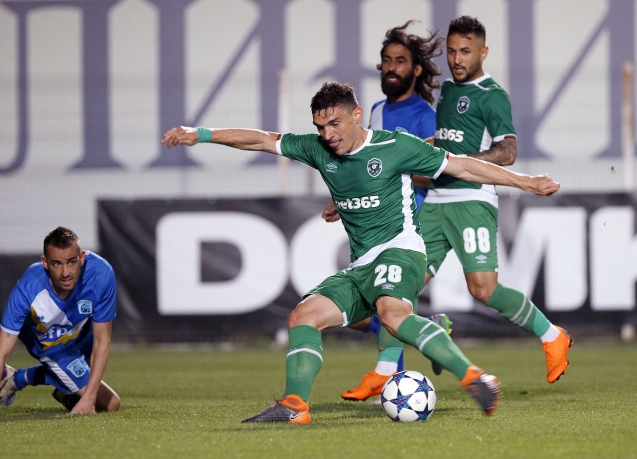 The winning spree of Ludogorets in First league continued with a surprisingly hard game against the last team among the top 6 overall – Vereya. The record-breaking 14 wins is an achievement that only Levski was able to achieve years ago – during the 2004 season. The champions were able to reach one of their own records as well – the total score of 84 points in a single season. This was the exact number of points they had during the 2013/14 season, but they were won in 38 different games. After the 3:0 win over Vereya the team from Razgrad has a 13-point advance before the second team overall – CSKA-Sofia and if they lose to Botev, Ludogorets will be the champion for the seventh consecutive time.

Ludogorets was dominating from the start and Keseru was the first to miss a situation; he was alone against Tsintsarski, but his attempt was not powerful enough. Syuleymani was able to make a perfect split and diverted what was about to be a goal by Lukoki. In the 14th minute the home team was lucky again after Lukoki sent a long shot, but Ivanov stood in the ball’s path and hit the crossbar. Immediately after that Wanderson’s attempt failed as well. Later Campanharo played around Vereya’s penalty zone and tried to score, but the ball went out. The champions made another huge miss in the 21st minute after Goralski got in control of the ball and passed to Marcelinho, who was alone against the keeper. The Brazilian gave his best, but could not overthrow him. Four minutes later the young keeper of Vereya was able to save another shot by Marcelinho, this time from the foul point.

In the 31st minute the team from Stara Zagora showed attitude. Mechev made a nice attempt, but Broun kicked the ball into a corner. Lukoki tried his luck again, but missed despite the good pass he received by Marcelinho. Keseru later sent the ball out, and immediately after that the referee Ivaylo Stoyanov neglected a penalty shot after Veselin Minev played with his hand. In the end of the first half Tanev failed to score with his head in Vereya’s best goal situation in the whole game.

The home team were left a player short after Iliev received a second yellow card after rough play against Goralski.

Just seconds after that Marcelinho was in a good position, but his kick was off the target. The coach Dimitrov was not happy with all the missed situations and replaced Lukoki with Swierczok. The Polish player almost immediately attempted a goal, but hit the woodwork. Marcelinho did the same in the 66th minute.

Keseru passed to Wanderson in the 67th minute, but Syuleymani interrupted it, but Swierczok was left alone against the keeper and left him no chance. The score became 1:0! Ten minutes later Marcelinho passed to Lukas Sasha, who then returned the ball to Keseru and the Romanian scored his 25th goal this season. The home team lost another player in the 84th minute, after Andonov played rudely against Campanharo. In the added time Wanderson scored the third goal after a pass from Marcelinho. 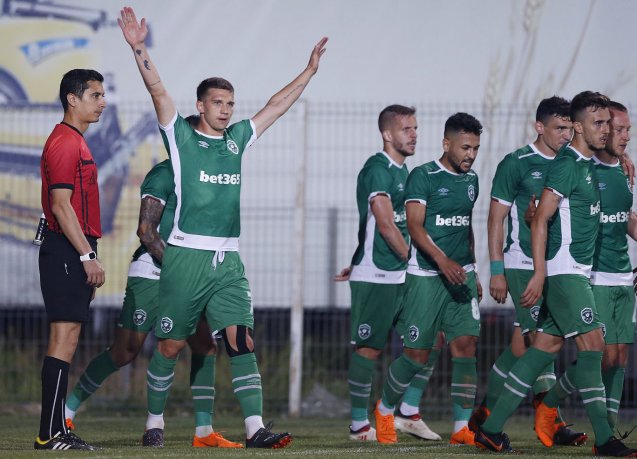