All of the fans of PFC Ludogorets that will be present on the “Giuzeppe Meazza” stadium on the 22nd of February must go through the following... 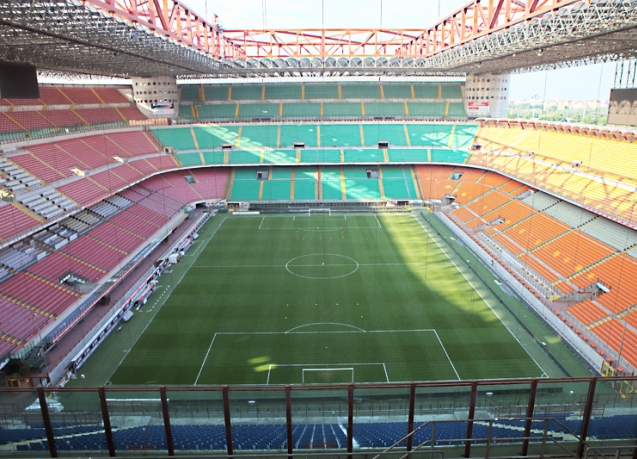 All of the fans of PFC Ludogorets that will be present on the “Giuzeppe Meazza” stadium on the 22nd of February must go through the following information carefully:

- The fans who bought vouchers for the match can exchange them for tickets only on the day of the game between 4:00 p.m. and 9 p.m. at the cash desk behind the north grandstand of “Giuzeppe Meazza” stadium. The vouchers must be printed. Everyone who has a voucher must have his personal ID card or international passport in order to be able to verify the names. Important note! Tickets will not be sold on the stadium cash desks.

- The tickets for the game on the “Giuzeppe Meazza” stadium cannot be used by another person.

- The fans must be at the stadium around 6:30 p.m. – this is the time when the gates will be opened.

- All Ludogorets fans will be accommodated at the third level of the north grandstand (Terzo anello verde).

- All Ludogorets fans must use the №5 gate entrance on the north grandstand of “Giuzeppe Meazza” stadium.

PFC Ludogorets would like to inform the fans that each person will be checked upon entering “Giuzeppe Meazza” stadium by members of the staff and the police.

Among the list of forbidden items are pyrotechnics, smoke grenades and weapons of any kind, as well as flag poles longer than one meter, alcohol, drums, musical instruments, chemical substances and walkie-talkies. Using posters with political, discriminating or political content is also forbidden and such materials will be taken away, and their owners will be fined.

For additional information about the exchange of vouchers for tickets in Milan you can call the following mobile number: +359 876 194500.