Keseru scored twice for the 4:1 win against Slavia

Ludogorets is back on top in First League with a heavy defeat over Slavia with a 4:1 score. The champions were clearly inspired after the game... 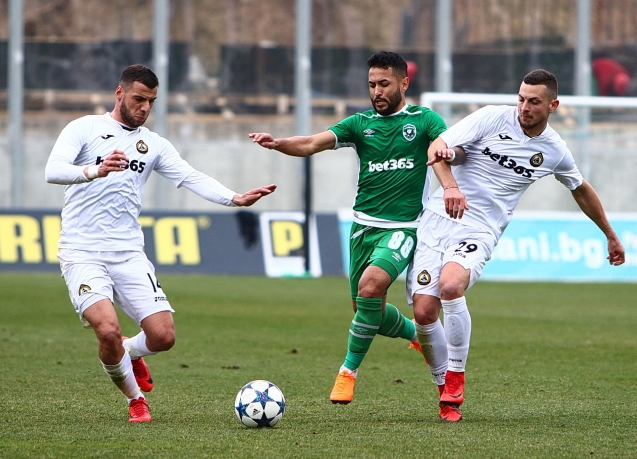 Ludogorets is back on top in First League with a heavy defeat over Slavia with a 4:1 score. The champions were clearly inspired after the game against Milan and they probably overcame their 0:3 loss. Except for the four goals in this game, “The Eagles” managed to hit the woodwork twice and missed a lot of situations.

The home team coach Dimitar Dimitrov left the some of his main players and the three captains Dyakov, Marcelinho and Moti out of the composition for this game. Moti was not even included in the squad. Keseru was the attacking midfielder and he was chosen instead of the new recruit Swierczok.

Ludogorets quickly took the initiative. Misidjan shot from the center; the ball went near Omar and reached Wanderson, who hit the crossbar in the 16th second. Wanderson passed to Keseru in the 8th minute and the tried to score, but Steriakis saved. After the following corner shot Keseru attempted to score again, but he missed the target. The referee Nikola Popov gave a yellow card to Misidjan in the 15th minute for simulating a penalty but after the replay it was almost certain that there really was a penalty for Ludogorets. Later Cicinho shot from a far distance, but he was not accurate.

Ludogorets took the lead in the 24th minute when Cicinho received the ball from Campanharo and sent it to Keseru, who score with the left foot. Slavia made the score even in the 34th minute! Campanharo made a mistake and the ball was taken by Velev, who passed by Goralski and kicked the ball, which made a ricochet in Terziev’s body and went straight into Broun’s gate. Just a few seconds later the home team took the lead again. The keeper kicked back Campanharo’s attempt to score, but the ball went to Keseru, who added another goal, making the score 2:1. Ludogorets showed class and added a third goal in the 38th minute, when after some beautiful and skilled moves Keseru passed with his heel to Anicet, who scored easily with his head. In the last moments of the first half Uzunov had the chance to return a goal from the foul point, but Broun kicked the ball out of the field.

Slavia had a chance to add a goal again in the beginning of the second half, when Dimitrov managed to pass by Plastun and sent the ball to Uzunov, who managed to kick it too high and it went out. During the following attack Ludogorets made a huge miss. Misidjan passed to Keseru and after he kicked it towards the gate, Steriakis saved and then the ball went to Campanharo who tried to score but again the keeper managed to save. Goralski handled the ball well in the 52nd minute and passed to Misidjan, after which he sent it to Wanderson, who made the score 4:1.

The youth player Svetoslav Kovachev spent about twenty minutes on the field and even managed to create a goal situation. 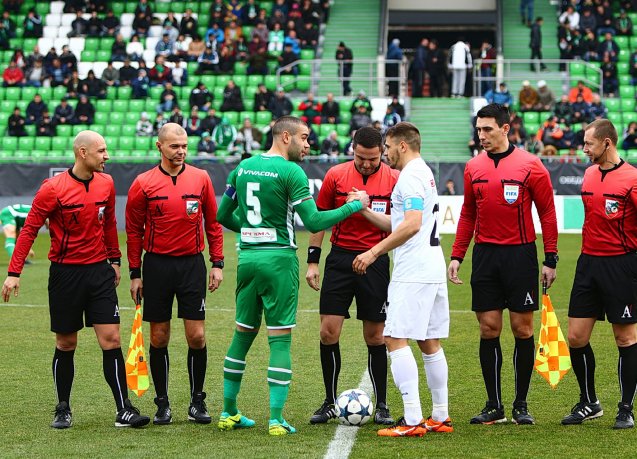