Dimitar Dimitrov: I believe in our success against Milan

“I hope that we get underestimated, because that would be a good thing for us. Our players are very excited and saw that as soon as the draw decided... 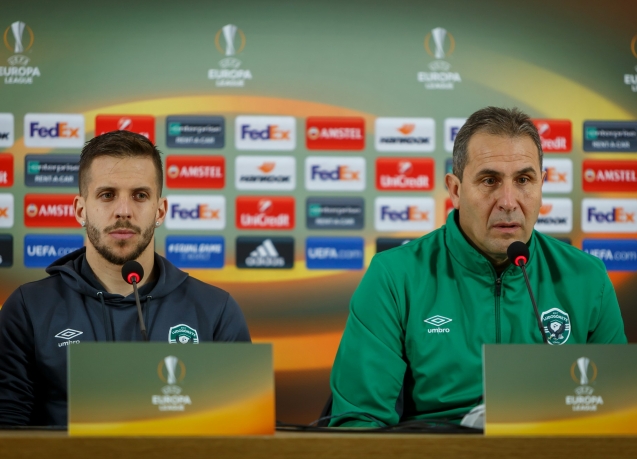 “I hope that we get underestimated, because that would be a good thing for us. Our players are very excited and saw that as soon as the draw decided who would be our competitor. I know that emotions will take over the whole game and there is no doubt about that", said the coach Dimitrov.

“I would like everyone to witness a quality performance, as expected by everyone in Bulgaria. After the draw all we could think was the 15th of February, because Milan is a great challenge. I hope for success and I know it would be hard, but I am still an optimist”, Dimitrov added.

“I truly believe we could succeed over Milan. If I didn’t, I would have not been a part of the team by now. I believe in this a 100%. I hope that we have all the luck we need. We do not have any health issues within the team, but we have players with penalties – Keseru and Natanael. We have watched Milan’s performance many times and we are familiar with Milan’s qualities. They are thriving right now and because they are currently in  a championship, they would probably be in a better condition than us. We must show character and give our best to compensate for their advantage”, said Dimitrov.

“The results are what counts in football. We played in a defensive manner against Braga when we won 2:0. I knew what the reaction would be if we had lost. But let’s stick to the point here. I think that in this home game we will play offensive and try to fulfill everyone’s expectations”, Dimitrov concluded.