Swierczok scored twice for the 3:1 win against Baltika

The new addition to the Ludogorets team Jakub Swierczok scored two goals and therefore was the main contributor for the 3:1 win against Baltika... 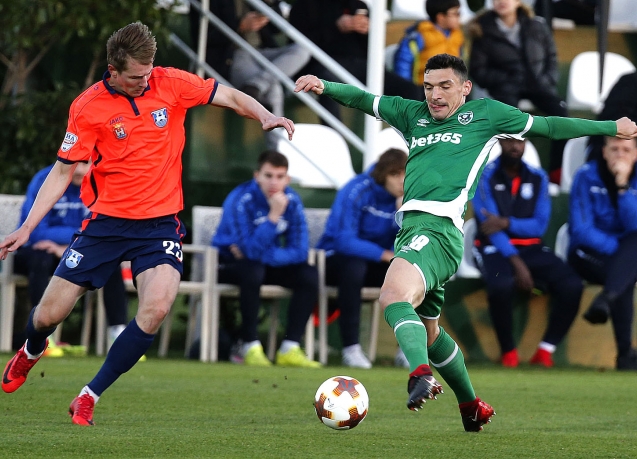 The new addition to the Ludogorets team Jakub Swierczok scored two goals and therefore was the main contributor for the 3:1 win against Baltika Kaliningrad – the sixth team overall in the Russian Second Division.

The coach Dimitar Dimitrov completely changed the team configuration since the last game with Kairat except for Lukas Sasha. Among the other ten players were three youth talents – Daniel Naumov, Svetoslav Kovachev and Dominik Yankov. Ventsi Kerchev came out on the field after the half time.

The first goal situation was on Ludogorets’ account. Keseru passed to Kovachev in the 19th minute, but his shot was stopped by the defender Logashov in front of the goal line. Joao Paulo was the most active player during the first half. He managed to make a great breakthrough in the 25th minute which resulted in a goal. This was his fourth goal since the start of the winter preparation. He created another situation in the 39th minute but a Baltika midfielder managed to save again just before the goal line.

Jakub Swierczok entered the game after the half time and took Keseru’s place. The Polish scorer showed his class in the 61st minute and scored. This was his first goal with the Ludogorets T-shirt on. The woodwork saved Ludogorets from a goal in the 69th minute after a Russian player tried to score with his head. Immediately after that there was some tension between Swierczok and Logashov, and the Russian even hit his opponent in the face. Both of them received yellow cards and afterwards shook hands. Baltika managed to score a goal in the 73rd minute when Anton Kobyalko took control over the ball after Natanael did not sent it back far enough. In the last minutes of the game Dyakov passed to Lukoki and he sent the ball to Swierczok, who added another goal and shaped the final 3:1 score. During the second time an ex-Dunav (Ruse) player joined the Baltika team – Iskendar Dzhalilov.

The next trial game for Ludogorets will be against the Kazakhstan team Irtysh, which was previously led by Dimitar Dimitrov. The match will be played on Wednesday at 5:30 p.m. local time.

“I am very happy. The win is the most important thing. I am glad that I scored twice and I got good assistance for them”, said Swierczok after the game. “I am adapting fast and the team gets stronger with every game. My first trial was not that good, because I did not have enough practice for long time, but I will keep performing better and better”, Swierczok added. 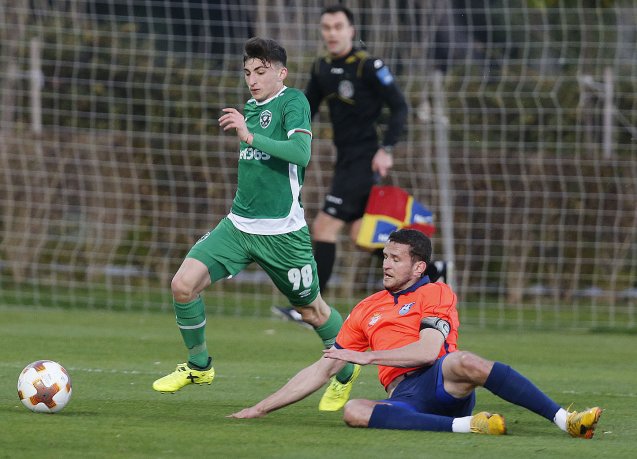