Ludogorets finished with an even 2:2 score against Shakhtar Donetsk

The Bulgarian champion Ludogorets performed great against the Ukrainian leader Shakhtar Donetsk in a trial game that ended with a 2:2 score. “The... 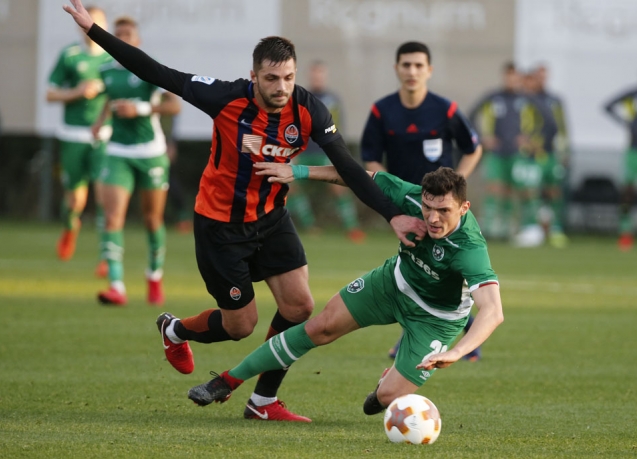 The Bulgarian champion Ludogorets performed great against the Ukrainian leader Shakhtar Donetsk in a trial game that ended with a 2:2 score. “The Eagles” managed to hit the woodwork three times and scored two goals. Those three misses kept them away from a prestigious success against the 2009 UEFA Cup winner. The game was a part of the pre-scheduled preparation camp for the games against Milan and the 1/8 finals, as well as a nice warm-up for the Shakhtar – Roma matches.

Paolo Fonseca included all of his star players in the team composition – Taison, Fred, Marlos, Blanco and Ferreira. The champions’ coach Dimitar Dimitrov included the youth player Svetoslav Kovachev again, and another youth player joined the team after the half time – Dominik Yankov.

The first four minutes of the game were enough for Ludogorets to attack the other team’s gate four times. Wanderson sent the ball out, after that Kovachev’s shot went flying extremely close to the gate, and after the following corner Natanael managed to hit the crossbar. Keseru also tried his luck, but the Ukrainian gatekeeper saved. The Romanian found himself in a good position in the 19th minute after a pass from Wanderson, but he sent the ball straight into the gatekeeper’s hands. Later Shakhtar organized a nice attack, Marlos sent the ball to Stepanenko, who was not accurate from the penalty point and the ball went out. Ludogorets took the lead in the 42nd minute after Cicinho outplayed Butko and passed to Marcelinho, who scored without any hesitation.

Ludogorets was close to a second goal immediately after the second half started. Lukoki went ahead and found Misidjan but in the exact moment he was about to kick the ball, Krivtsov intervened and kicked the ball right into the gate beam. The ball went back to the field and Goralski got it under his control, but he failed to score from a perfect position. Shakhtar made the score even in the 57th minute after Ismaili passed to Zubkov and the Ukrainian National Youth Team player managed to score despite Renan’s immediate reaction. Seconds after that Ludogorets had the chance to take the lead again after Goralski passed to Misidjan, after which he went ahead and passed to Joao Paulo. Grechishkin threw himself in his path making a split and managed to divert the ball, which went straight at the woodwork again. The Ukrainian team managed to turn the tables in the 63rd minute when Zubkov passed ahead to Ferreira, who outplayed Terziev and skillfully overthrew Renan, making the score 2:1. Five minutes later Lukoki kicked the ball powerfully with his right foot, but the shot was off the target.

The champions managed to even the score in the 70th minute.

Goralski passed to Joao Paulo. The Brazilian kicked the ball with a lot of strength and scored. Ten minute before the end Kovalenko had the chance to score a winning goal but missed only by a few centimeters. In the last few minutes of the match all the action happened in front of Shakhtar’s half, but there were no serious goal situations. 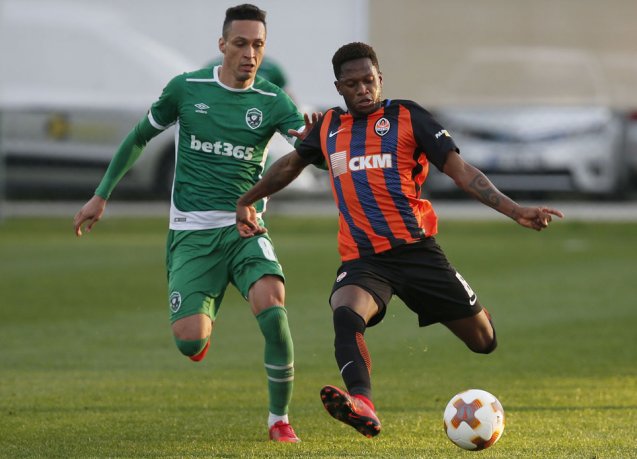