Petrichev: We will become champions once again despite all factors

“We all begin the year feeling optimistic. 2017 was a good year for Ludogorets – we became champions of Bulgaria and we played in Europa League as... 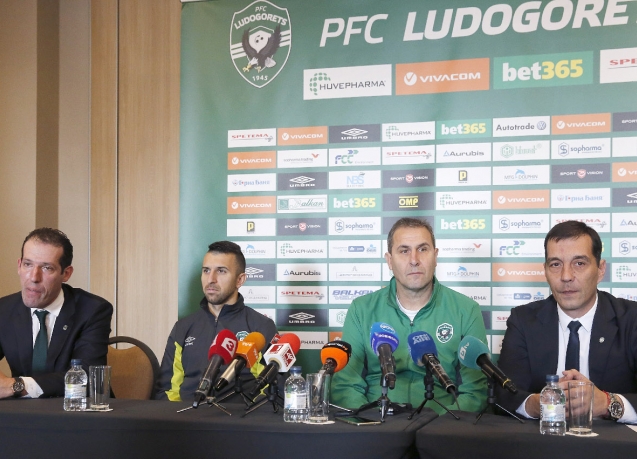 “We all begin the year feeling optimistic. 2017 was a good year for Ludogorets – we became champions of Bulgaria and we played in Europa League as well. We recently managed to pass through a difficult group, playing against teams from the rank of Braga, Hoffenheim and Istanbul Basaksehir, although everyone said that we were the outsiders”, said Ludogorets’ Managing Director Angel Petrichev during the team’s first press conference for 2018. “The coach Dimitrov and his players proved that they can compete against the big teams”, Petrichev added.

“I am happy with the last draw outcome and the fact that we will play against Milan enables us to keep our promise that significant European matches will be hosted in Razgrad. We are all looking forward this game. During the winter season we do not wish to attract new players and to just take pictures with them. The present team formation proved to be tough – they played against PSG in Paris. The boys have enough class and if they are in good health and have a strong focus, we will become champions once again, despite all side factors and odds”, said Petrichev.

“I think that the current BFU management is doing a good job, but I could speak on behalf of the club management after our internal meeting. In the recent years I have been working closely with BFU and there are many professionals working there. This is my personal opinion from my experience so far. It seems that a lot of people cannot see this”, also said Petrichev.

Angel Petrichev said that the new G sector at ”Ludogorets Arena” stadium in Razgrad is about to begin very soon after the last documents are ready.

“We are currently clearing the last documental details. The G sector construction will begin this year and we are very close to the start”, Petrichev concluded.