Dimitar Dimitrov: The Bulgarian championship is more important than Milan

“Our main target is to give our best in the championship, but the match against Milan is among the priorities we have, too”, said the Head Coach of... 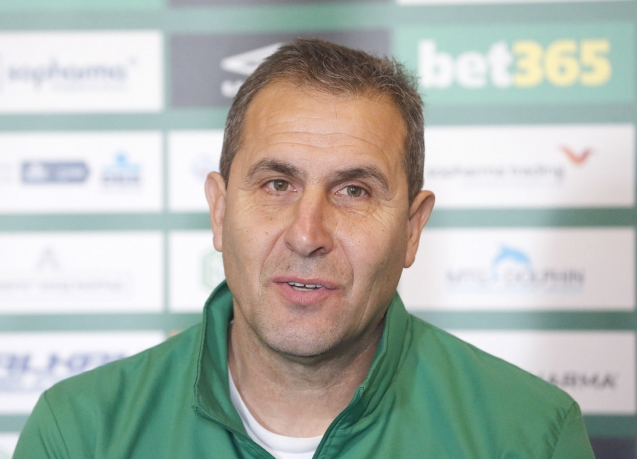 “Our main target is to give our best in the championship, but the match against Milan is among the priorities we have, too”, said the Head Coach of Ludogorets Dimitar Dimitrov. “The Italian team has a lot of potential; they recently ended their selection campaign worth 200 million Euro. Their goals were different in the beginning of the season. There is still time left before the matches and I am following their every game. I am familiar with the qualities of each one of their players”, Dimitrov added. “We do not have to defeat Milan by any means necessary. There is still time before 15th of February and this may become a priority”, the specialist added.

“The championship has reached a point where every mistake counts. For me the game against Milan and the game against Slavia two days later are no different. Of course, the match against Milan is the more prestigious one, it has a lot of noise around it, but we cannot let that make us underestimate the other games from the Bulgarian championship. We have tough games coming ahead and we have to defend the title, and we have to perform great against Milan, too. We had made plans for practice, with dates scheduled early. The draw that decided that we will play against Milan will not change anything”, said Dimitrov during his first press conference this year.