Ludogorets lost to CSKA-Sofia and left the Bulgarian Cup tournament

Ludogorets lost 1:2 to CSKA-Sofia and left the Bulgarian Cup tournament. “The Red Team” won with a second goal in the added time. The result in the... 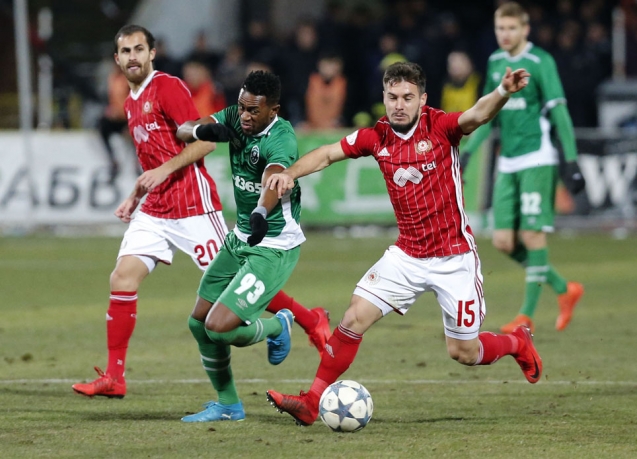 Ludogorets lost 1:2 to CSKA-Sofia and left the Bulgarian Cup tournament. “The Red Team” won with a second goal in the added time. The result in the regular time was 1:1. Bodurov scored first, and Moti made the score even after a penalty shot. The home team’s hero turned out to be Despodov, who added the winning goal. The international referee Georgi Kabakov helped CSKA-Sofia in some ways. He did not show Bart the red card he deserved for his penalty, and after that he gave the red card to Natanael after a very controversial situation in which Despodov was clearly simulating. It was a very tense game with a whopping ten yellow cards and a red one.

Ludogorets started off better and played mostly in the home team’s half. Misidjan was able to break through ahead, but Malinov managed to kick the ball away from him. Raul Loe tried his luck from a far distance, but the ball passed three meters away from the gate. CSKA-Sofia opened the score after Bodurov’s very nice kick in the 9th minute. He stole the ball from Marcelinho and kept it away from the incoming Anicet with a split, and then his powerful kick from 30 meters sent the ball right in to the upper right corner. Misidjan went forward in the 20th minute and almost created a goal situation, but again Bodurov was there and kicked the ball in the last moment. Later Natanael passed accurately from the left, but there was nobody in the penalty zone to receive the ball.

CSKA-Sofia had the chance to increase their advance in the 24th minute, when Loe sent the ball to the lower right corner of the gate, but Broun reacted instantly and sent it to the corner. A couple of minutes later Despodov finished a pass from Caranga with a direct shot towards the gate, but he was far off target. Lukoki received a pass from the defense line, but after his attempt Bodurov put his body on the way of the ball and ruined the attack. Cicinho kicked the ball in the 33rd minute, and after a ricochet it was diverted straight towards the home team’s gate, but the gatekeeper managed to save.

Immediately after that situation Ludogorets received the right to a penalty shot after Bart did not receive a pass in front of the penalty zone, Marcelinho rushed towards the gate, and Dyulgerov stopped him, making a penalty. Moti had no trouble scoring, thus the score was now an even 1:1.

The next situation was a chance for CSKA-Sofia to add another goal, but it was wasted. Caranga was in control of the ball, after which Dyulgerov hit the gate beam, but he shot the ball standing in an offside situation. Caranga even flipped off the side referee, but received no penalty for his inappropriate gesture. Goralski sent e powerful shot towards the gate in the last minute of the first half, but the gatekeeper managed to save, although he found it difficult as the shot went just below the crossbar.

“The Eagles” performed better during the second half of the game. Misidjan went behind Bart’s back, who took him down with his hands. The referee Kabakov surprisingly pulled out a yellow card instead of a red one, which he deserved. Natanael shot from the foul point and his shot went really close to the gates. Cicinho performed a split in order to stop Despodov kick in the 54th minute. Five minutes later Lukoki received a pass from the right and sent the ball over the gatekeeper, but the home team got lucky as the ball landed in front of the goal line and made a ricochet into one of the beams, thus not entering in the gate. Misidjan sent a powerful shot that went near the gate in the 67th minute, and four minutes later he passed to Marcelinho who went head on the home team’s gate, but the gatekeeper saved again. Immediately after this situation Lukoki scored a goal, but the referee decided there was an offside. In the 80th minute Broun made a mistake and Natanael saved the situation by passing by the oncoming Caranga.

CSKA-Sofia waited silently for a chance to make a counter attack and they did it in the 96th minute, when Caranga passed to Despodov who was quicker than Natanael and scored for 2:1. Later Caranga himself tried to score, but was not accurate. In the second portion of added time Paulo was in a good position and took a shot, but the ball went above the crossbar. Despodov simulated after he and Natanael crashed, and the Brazilian player received a red card and the visiting team were left a man short. 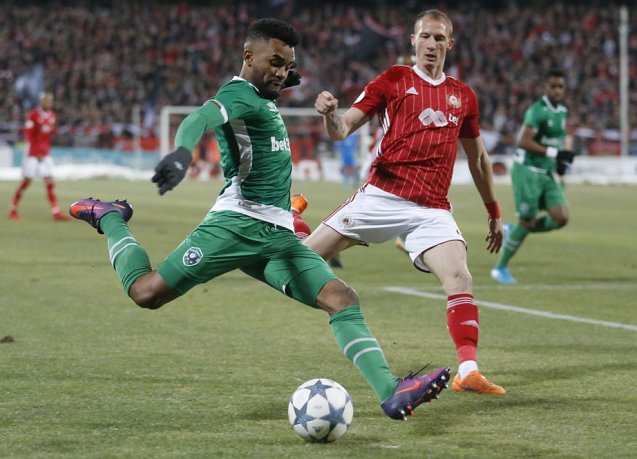