The Bulgarian champion Ludogorets lost 1:2 to Vereya, which was quite a shock to everyone. “The Eagles” did not perform well, particularly their... 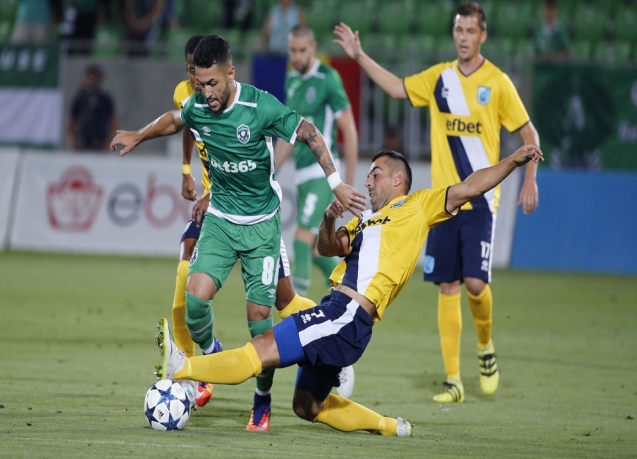 The Bulgarian champion Ludogorets lost 1:2 to Vereya, which was quite a shock to everyone. “The Eagles” did not perform well, particularly their defense line, and the very motivated team from Stara Zagora took the win.

Dimitar Dimitrov could not include Marcelinho in the main formation because of his injury and Campanharo took his place. Misidjan was also out due to a penalty. All the other usual players were included.

The champions had a good opportunity to take the lead in the second minute, when Lukoki passed to Keseru from the center, and the Romanian hit the outer woodwork. Six minute later “The Eagles” made a nice combination, which ended with Wanderson kicking the ball and sending it over the crossbar. The home almost scored in the 10th minute, when Fenush was alone against Broun, but the gatekeeper saved without any trouble. Vereya took the lead in the 12th minute after Iliev passed accurately to Isa, who was quicker than Plastun and managed to score. Ludogorets had the chance to even the score. After a shot towards the center from the foul point, Plastun managed to hit the ball head on, but he sent it right against the crossbar.

Dimitrov’s team made the score even as expected. Wanderson kicked the ball from the corner point and Vereya’s defense diverted the shot, but when Moti got in control of the ball, he scored immediately his goal was a true masterpiece, making the score even. Ben Jemia made a huge mistake and unintentionally passed to Lukoki, who then passed to Wanderson. The Brazilian did not react immediately and his shot ended up beside the gate. After another shot from the foul point, Plastun caught the ball and passed to Anicet, and after he kicked it, Munin played with his hand. In this commotion, Keseru got in control of the ball, but he barely missed the gate.

The second half began with lots of attempts from both sides. Wanderson tried to score, but Kolev saved, followed by Vitanov kicking the ball above the crossbar. A clear penalty against Ludogorets was not taken into account by the referee in the 59th minute, when Keseru outplayed Munin, and the knocked him down in the penalty zone. The situation was obvious, but the referee Gadzhalov decided something else. Wanderson made a nice breakthrough five minutes later, passed to Keseru, who returned, and the Dutch player again sent the ball above the gate. In the 70th minute Plastun jumped the highest in front of the other team’s gate and tried a head shot, but the gatekeeper Kolev intervened nicely.

The replacement player Domovchiyski had an opportunity to add a second goal for Vereya, using his left foot, but he missed the gate completely from a short distance. Wanderson kicked the ball from the corner point, Anicet passed to Plastun, but he also missed. 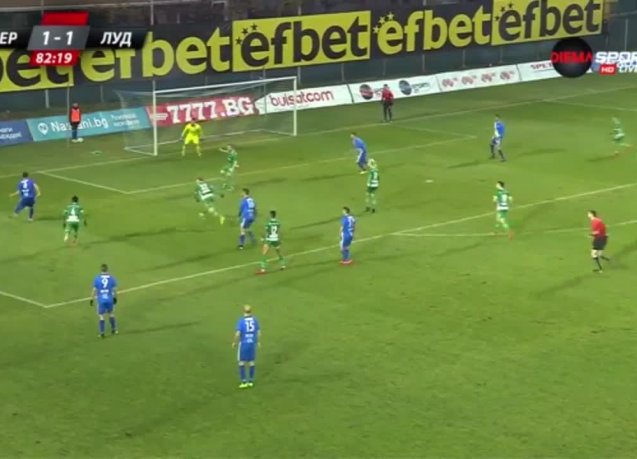