Ludogorets wiped out VItosha with a 3:0 score and is in the lead again with four points in advance of CSKA-Sofia

Ludogorets is the overall leader with a 4-point distance ahead of CSKA-Sofia after the 3:0 win over First League’s outsider team - Vitosha... 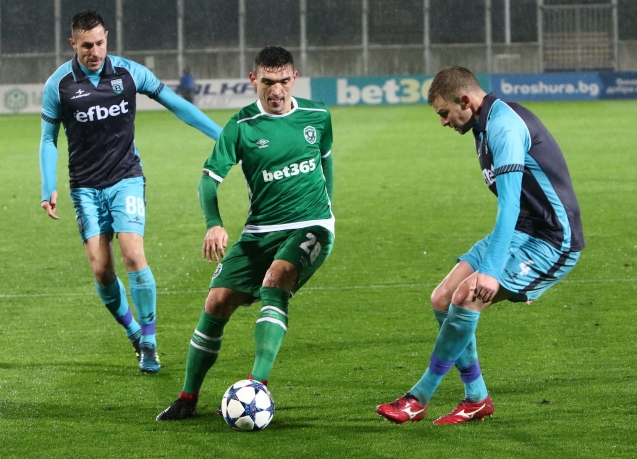 Ludogorets is the overall leader with a 4-point distance ahead of CSKA-Sofia after the 3:0 win over First League’s outsider team - Vitosha (Bistritsa) under the pouring rain in Razgrad. The home team coach Dimitar Dimitrov chose to replace nine of the players, unlike the game against Istanbul Basaksehir, which was a 1:2 loss. Renan, Cicinho, Moti, Natanael, Plastun, Goralski, Anicet, Marcelinho and Jody Lukoki were out of the main selection for the match. The Brazilian defender Rafael Forster made his debut in First League.

The home team was in control of the ball most of the time, as expected, and they created the first goal situation in the 8th minute. Quixada managed to pass to Keseru, but he missed the target. This combination happened again ten minutes later, but the Romanian did not kick the ball hard enough. Quiada made his way ahead in the other team’s half in the 34th minute and shot, but the ball went out. Seconds later the Brazilian tried again, but was not accurate. Ludogorets scored the first goal in the 41st minute. Keseru sent the ball in Vitosha’s net with his head, but the goal was canceled due to an offside. After that Misidjan kicked the ball with a lot of strength, but Mihail Ivanov kicked it back. Quixada received it and tried to score, but the ball went straight in to the gatekeeper’s hands.

What was expected happened in the 52nd minute of the game. Misidjan received the ball and passed to Quixada, who kicked it and Ivanov reacted, kicking it back. Then the Brazilian player tried his best again and the ball somehow went into Keseru’s possession, and he had no trouble scoring from a close distance. Seconds later Nikolai Hristozov literally restrained Lukas Sasha with both his arms in the penalty zone, but oddly enough, the referee Vladimir Valkov decided it was not worthy of a penalty. However, the visiting team was left a player short in the 63rd minute. The replacement player Daniel Kutev received his second yellow card after roughly kicking in Terziev’s feet. Immediately after that Misidjan completely decided the game outcome after scoring with his right foot. The ball went to him by accident after Keseru played with his head. Campanharo added a third goal in the 68th minute with a beautiful 20-meter shot after a pass from Keseru. Sasha had the chance to score during the added time, but missed the gate. 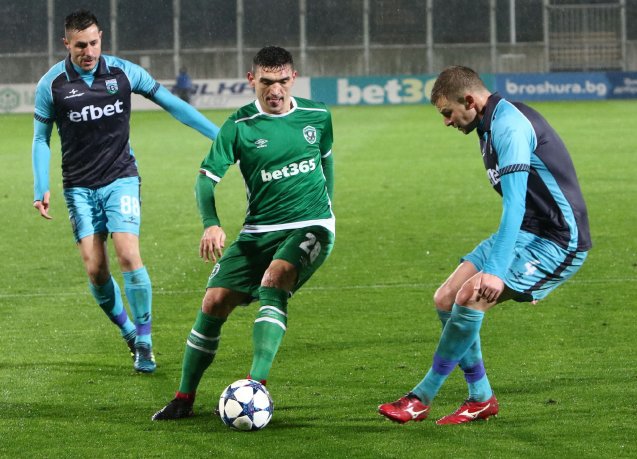