Ludogorets defeated Lokomotiv (Plovdiv) with a 3:0 score, thus increasing their advance up to four points ahead of CSKA-Sofia. Dimitar Dimitrov left... 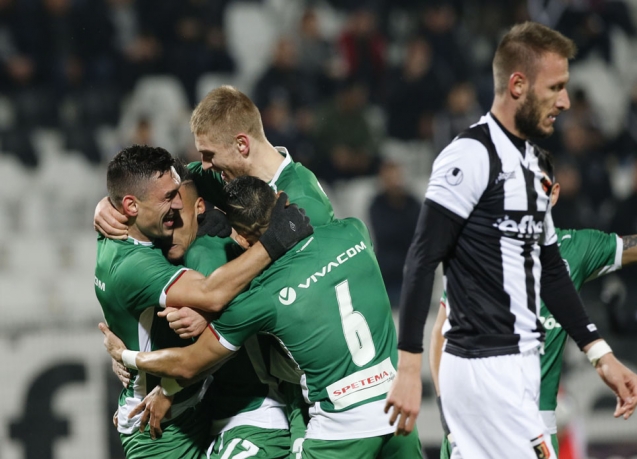 Ludogorets defeated Lokomotiv (Plovdiv) with a 3:0 score, thus increasing their advance up to four points ahead of CSKA-Sofia.

Dimitar Dimitrov left Moti and Misidjan out of the main composition. Dyakov was also a replacement, and Keseru was back on the main attacking position. This was a special game for the coach Dimitrov, because according to some statistics specialists this equals him to the second coach with most guided matches in the Bulgarian premium football – CSKA’s former coach Krum Milev, who has 411 games. Georgi Vasilev is in the top of the list with 470 games.

Both team created attacks in the first minutes of the game. Keseru tried to score from the foul point with his left foot, but Diau kicked the ball off. “The Eagles” took the lead in the 14th minute. Cicinho shot towards the center, Vezalov kicked the ball back, but it went straight to Wanderson, who passed to Keseru and the scored easily. The game outcome was determined just 180 seconds later when Lukoki shot from the corner point to Anicet, who passed to Marcelinho and with an empty gate in front of him he had no room for mistakes, thus scoring a second goal for the champions! Lokomotiv had the chance to return a goal when the ex-Ludogorets player Dimo Bakalov broke through from the left but did not shoot accurately. Shortly after that Bakalov hit Cicinho with his hand, but the referee Stefan Apostolov decided that it was worth only a verbal penalty.

Wanderson received a pass in the 34th minute and ran over 30 meters with the ball, but Pashov threw himself and kicked it out with a split. Keseru had the chance to score a second goal in the game, but his attempt was off target. Ten minutes before the end of the first half Lokomotiv made it close to a goal when Marchev kicked the ball from the foul point, sending it to Frikeche, who tried to score with his head, but Renan saved.

The replacement Raikov created the first situation after the beginning of the second half, but he was not accurate enough. Ayari shot nicely in the 59th minute, but Renan saved again. Shortly after that, Lukoki found himself in a good position, but missed his chance. Bakalov tried to score as well, but again his attempt was unsuccessful. The home team got lost one of the players in the 66th minute. Lukoki stole the ball from Bakalov and tried to pass through the defense, but Nikolov rudely kicked in his feet, thus immediately received a red card by the referee Apostolov.

The stadium lights went off in the 69th minute due to a power shortage. The home team reacted fast and five minutes later the lights were working again.

Both teams created a situation involving Raikov and Joao Paulo. Vezalov and Lukoki also tried to score, but did not manage to. The final 3:0 result was shaped by Joao Paulo in the 90th minute, after receiving the ball from Lukoki, who came fiercely from the right side. 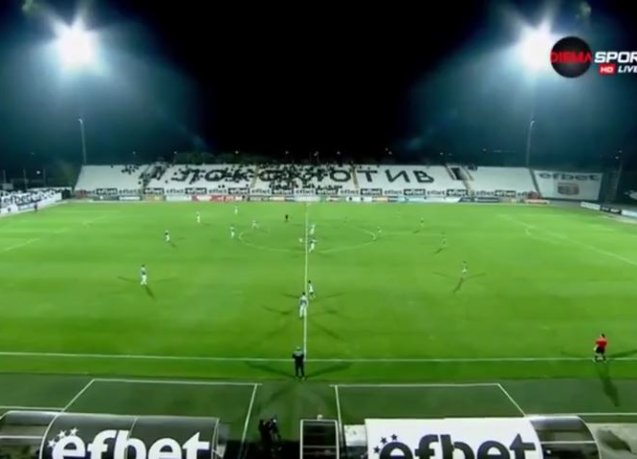