Ludogorets finished the match against Levski with an even 0:0 score

Ludogorets did not manage to defeat Levski in a delayed match, part of the first round of the First League. The game was played at the “VIVACOM Arena... 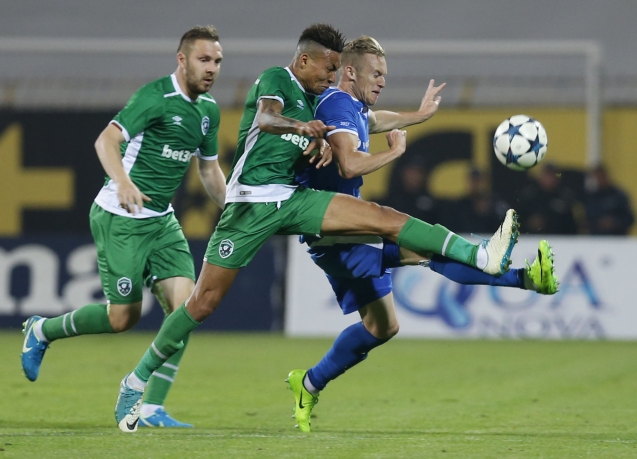 Ludogorets did not manage to defeat Levski in a delayed match, part of the first round of the First League. The game was played at the “VIVACOM Arena Georgi Asparuhov” stadium in front of 17 000 spectators and was a tough fight between the teams, with a lot of situations. Both teams missed a few clean goal situations and ended the game with 10 players each.

The champions started the game better and almost took the lead in the 7th minute. Anicet shot with his head, but Mitrev kicked the ball back. In the addition Wanderson shot with his left foot, but the ball went out. Three minutes later Mapuku also missed, when he overpassed the visitors’ defense and went against Renan. The striker passed through Moti and Renan, but slowed down a bit and that allowed Plastun to steal the ball from him. Misidjan shot from a far distance in the 24th minute, but Mitrev easily saved. Two minutes later Plastun shot towards the gate, but the ball made a ricochet in Anicet’s arm, who received a yellow card for a foul against Vutov. Seconds later a shot by Mapuku was kicked off into a corner by Renan. The striker received the ball on his chest after a shot towards the center by Obertan and after that went by two defenders fast and shot powerfully from a small angle, but the gatekeeper had his gate covered. Another yellow card was given, this time to Natanael.  Levski’s gatekeeper Borislav Mitrev received a red card in the 36th minute, when Wanderson was alone against him and the gatekeeper threw himself in his feet outside of the penalty zone and pushed the ball out with his hand. The referee sent the national team’s player out of the game, when he decided there was a foul on the border of the penalty zone after which nothing followed.

The second part of the game started with Ludogorets creating pressure on their opponent. The action was in the penalty zone in front of Lyubenov. Keseru went in on Joao Paulo’s place and the visiting team kept pushing on, but they did not create clean situations. Marcelinho missed when he was alone in front of the gate. The hosts purposely slowed down the game when a foul against them occurred in order to catch their breath, and they were close to scoring in the 70th minute. Vutov passed to Obertan who shot diagonally, but missed Renan’s gate. The Brazilian guard of Ludogorets saved the day in the 82nd minute after an incredible save. Goranov shot from the left and Vutov jumped above all, hitting the ball with his head, but Renan managed to kick it back into a corner. In the remaining minutes the two teams tried to score, but did not achieve any real situations. 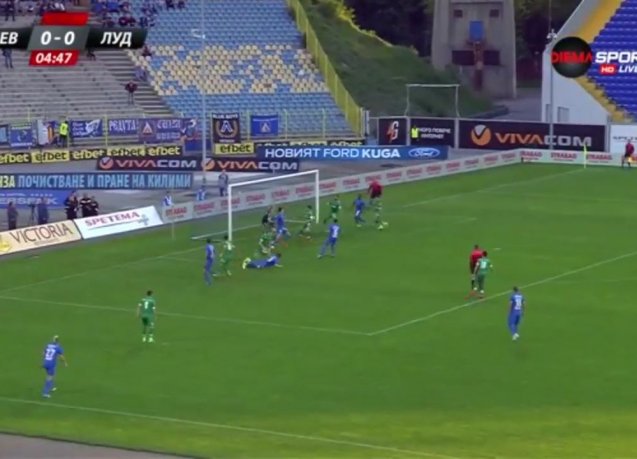