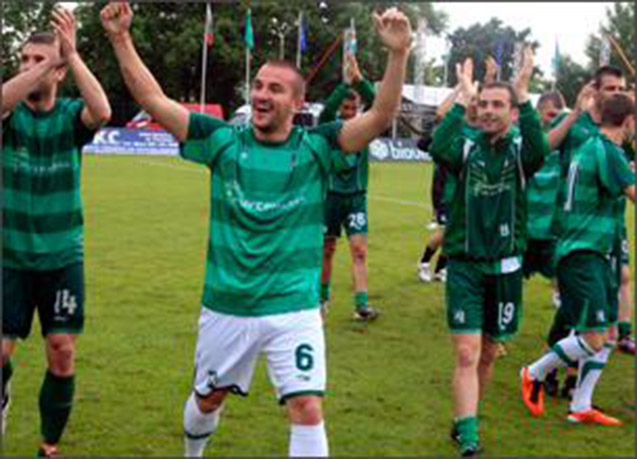 Today in Smolyan Ludogorets achieved two victories in two consecutive friendlies. First match, played against the Rakovski team, started at 4 PM and ended with 1:0 for "the eagles". Second game, against Pirin – Gotse Delchev, finished with a result of 4:0.

Coach Ivaylo Petev used two completely different groups for the two friendlies. First one was played by the Brazilian trio Guilherme de Souza - Choco, Marcelinho and Quixada, Emil Mihaylov, Stanislav Jekov, Diyan Dimitrov, Nikolay Dyulgerov, Miroslav Ivanov, Dimo Atanasov, as well as the players who joined the team for a trial – Kai Van Hese and the Rumanian Octavian Dragich. And it was this last mentioned who scored the victory goal.

"I'm content with the boys' endeavour. The object of this training camp was a good physical preparation and these three friendly matches that we played were the beginning of what we're about to do at the training camp in Austria – make the team more skillful and practiced.", stated the head coach Ivaylo Petev.

Monday, the team of Ludogorets is leaving for a preparation in Austria.