Ludogorets defeated Suduva with 2:0 in Razgrad

Ludogorets went straight on to their second participation in Europa Leagues’ group phase. “The Eagles” defeated 2:0 the Lithuanian team Suduva in the... 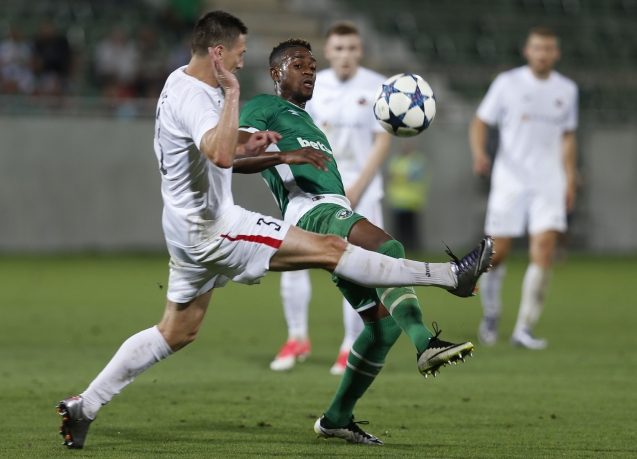 Ludogorets went straight on to their second participation in Europa Leagues’ group phase. “The Eagles” defeated 2:0 the Lithuanian team Suduva in the first play-off game which was in Razgrad. This was also the debut game of Dimitar Dimitrov, who is the new Head coach of the team. Cosmin Moti was again the hero in an important game for the European presence of the team, because he scored the vital first goal, and Virgil Misidjan added the second one, creating a comfortable head start for the rematch.

Ludogorets had the chance to open the score in the 8th minute. Anicet was about to fire up the fans, but his shot with the left foot was saved by the Croatian gatekeeper of Suduva Ivan Kardum managed to save.

Claudiu Keseru shot with his head in the 25th minute after he received the ball from Misidjan, but was not accurate. Ten minutes later another situation in front of the Lithuanian gate occurred after a pass from the right. Cicinho sent the ball to Anicet, but he could not react and forward it with his head, neither could Lukas Sasha, who was behind him. A minute later came the second most dangerous goal situation until this moment. A long diagonal pass from Natanael  went to Cicinho, who managed to kick the ball despite falling to the ground, but the ball went over the gate.

The tension was even higher in the end of the first half. Svetoslav Dyakov could not hold himself down after a rude push by Chvedukas. A fight occurred quickly, after which the Belgian referee Delferiere gave yellow cards to Moti and Abu Bakr. This was the third official penalty for the Romanian defender, thus he will be off the main team for the rematch in Lithuania. A minute later the Suduva attacker Vezevicius tripped Lukas Sasha and received a yellow card.

Ludogorets started creating pressure the moment the second part began, but the Lithuanian resistance was barely strong enough. In the 57th minute Ludogorets had a chance to score, but the ball hit Suduva’s gate beam. Cicinho returned it to Lukas Sasha, who shot, but the ball changed it direction away from Wanderson and Misidjan caught it, after which he hit the gate beam.

Faith jumped in and right after Moti got his yellow card, his new Euro-goal happened! One of the most valuable players in Hero’s team – Cicinho, shot beautifully towards the center in the 61st minute, and the flying by Moti left no chance to the gatekeeper Kardum in front of the grandstand which is named after him. The same exact way he became the hero in the role of the gatekeeper during penalty shots in the Champions League’s play-off against Steaua in 2014. Now he managed to punish again a team, whose name starts with an “S”. In the 67th minute as a replacement for Suduva came out Jeremy Manzorro – a player known in Bulgaria with his stay at Chernomorets and Slaviya.

Ludogorets had a good chance for a direct free kick close to the penalty zone in the 72nd minute. There was a foul by Chinikas against Misidjan, who himself executed the free kick, but was far off from the target. The commotion in front of Suduva’s  gate became fierce. Kardum saved a shot from Wanderson in the 75th minute, but seconds later he failed. Natanael came strong from the left and went towards Keseru in the center of the penalty zone. The Romanian’s shot was miraculously saved, but after that the ball went to Misidjan, who had no mercy and scored with his left foot for 2:0. In the end the replacement player Joao Paulo had the chance to make the score the classic 3:0, but hit the woodwork. 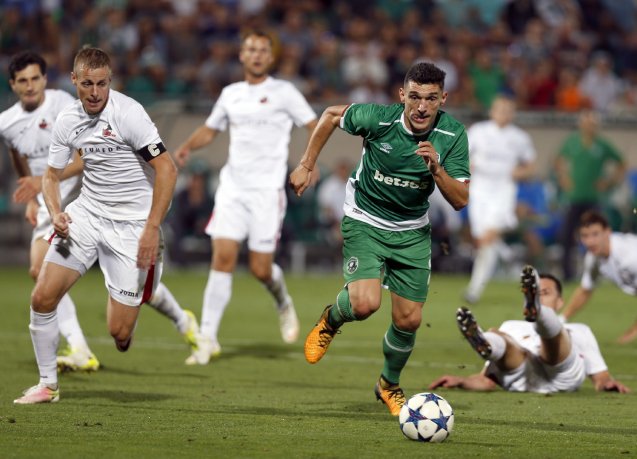