The rain in Razgrad could not hold back the festivities about the traditional competition in drawing on asphalt, called “We grow up among champions”.... 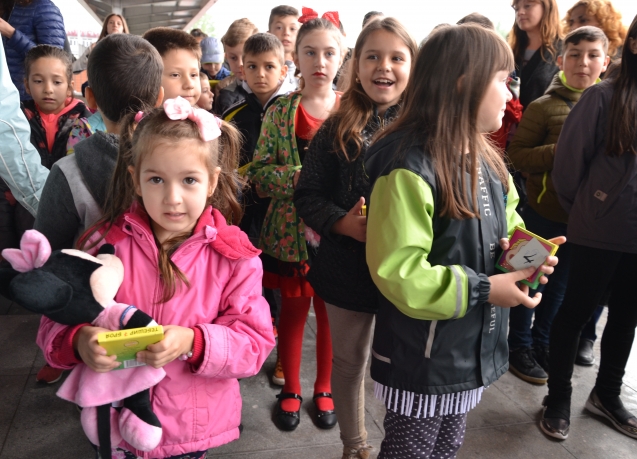 The rain in Razgrad could not hold back the festivities about the traditional competition in drawing on asphalt, called “We grow up among champions”. Despite the fact that the competition was canceled due to the bad weather conditions, about a hundred children came to the club base in Saturday morning.  The kids did not have the chance to show their drawing skills with the chalk, but they had the chance to participate in a game with lots of gifts provided by the female fan club “Green Ladies” and the Center for child activities in Razgrad. Twenty-five boys and girls received a set of chalk crayons, backpacks, balls and other Ludogorets souvenirs. The grand prize was a coupon worth 30 leva to use in “Svetlina” bookstores.

The kids and their parents got a bite of the tasty champions’ cake, supplied traditionally by “Lazarov” company. All participants received a balloon with the club logo and also got their photos taken with the sixth consecutive trophy. 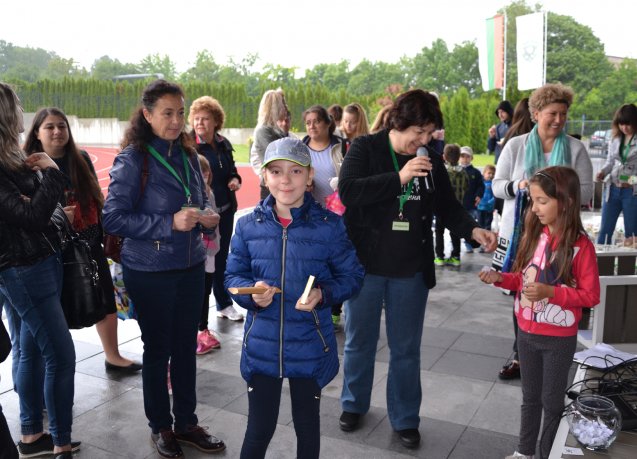