Radoslav Komitov, coach of the champion team Ludogorets U17: One day the main team of the club will consist entirely of their own former youth players

The champions’ coach Radoslav Komitov gave an interview for the official club website. The specialist, whose guidance took the talented boys from the... 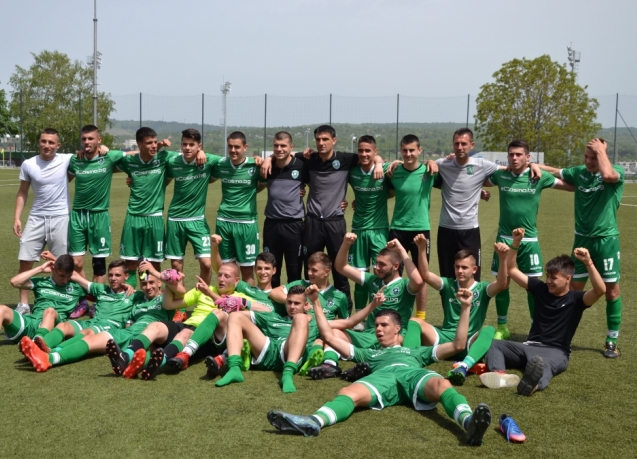 The champions’ coach Radoslav Komitov gave an interview for the official club website. The specialist, whose guidance took the talented boys from the Academy to winning, talks about the current situation in the team

- Mr. Komitov, you and your team won in an undisputable way the title in the Elite youth group up to 17 years of age. Tell us how do you work with them and how long does it take to build a champion team?
- I started working with them 4 years ago. Building a champion team is no easy task. The boys first became a champion in the children tournament, and now they doubled their success with the youth title. This shows their perseverance and the great performance they have in all the tournaments and even in their training sessions and preliminary games. This also speaks of their professional approach, which is very nice considering the age of the boys. The success of the team means me and my crew are constantly working to develop the individual skills in defense and attack, but we also work on a psychological level - now there is a psychologist working full time in the club, but even before that we have had a lot of individual sessions with the players. Working with them is a complicated process and it needs full commitment – then you get results such as the victories and the titles.

- Why is it so difficult to work with kids?
- Because they are from all over the country and have different personalities and habits. To implement the champions’ mentality in each and every one of the boys so they can perform as a whole is not easy at all. First of all, you have to gain their trust and then you have to teach them to give everything they’ve in every single game or a training session. Another hard part is that you have to build up their character and make them believe they are winners and champions – this is the way they can reach up to professional football.

- Titles and medals are important, but what is most important to you - to continue winning one game after another or seeing the boys in the main team one day?
- The purpose of the Academy is to send at least some of the boys to the main team, which is the best one in Bulgaria, they play in the Champions League along the best teams in Europe and that means we as the coaches have to work very hard in order for the boys to reach such a level. This is exactly why the second team exists – it makes the transition easier and smoother. There are very talented kids here and it is only a matter of time for them to become part of the main team. I would like to say that the Academy’s purpose is to produce the best players in Bulgaria. Some will play for the main club team and others will go to other clubs. The point is we have to be the best in the country and even on the Balkans.

- They say that appetite comes with eating – does this mean that after the success so far your team wants even bigger success?
- It does, of course - we have participated in international tournaments and we have not lost a single international game so far, which is great. Some of the boys went along with the main team last year and they participated in their trainings and even played in the preliminary games against other teams. I think that there are serious players among the kids in the team and good day are coming their way. I also think that the hunger for football will become bigger and bigger within them.

- Many specialists say that the transition from youth to main team is very hard, and you spoke about the second team – is this the way to overcome this transition more easily?
- This transition happens in a similar way in countries abroad - most of them have second teams, where the youth go first so they can adapt before going to the main team. It is a slower way, but there is no stress - therefore everything is as it should be. On the other hand, there are teams in Bulgaria who let boys from the youth teams play in the main team only to able to say that they joined the main team, which is not right.

- What are those conditions exactly?
- First of all, there are a number of playing fields, both with artificial and natural covering. Then there are the properly equipped locker rooms, provided transportation to the housing facility, all the appliances they need are on their disposal, as well as the best coaches.

- In your opinion, how is the Academy functioning?
- There is extremely good progress, everyone is working on a professional level, we are uploading multimedia materials after every game. There is a lot of analyzing done, every training session discussed, and the individual qualities of the children are deliberated regularly, too. I am familiar with the conditions in other academies in the country and I can definitely say that our academy is on the highest possible level.

- Do you believe that the soon will be the day when the main team will consist mostly of players from the Academy?
This will happen, but it takes a lot of work and patience. We simply have to believe and this will be fact.

- What is the club’s advantage of having its own taught players defending the honor of Ludogorets?
- Such players would be much more dedicated, because they grow with the idea of wearing the green shirt from an early age. They will also be more familiar to the local community and it would be much more interesting for the local people, because there are good players from the region in the team now and the fans monitor their performance with high interest. 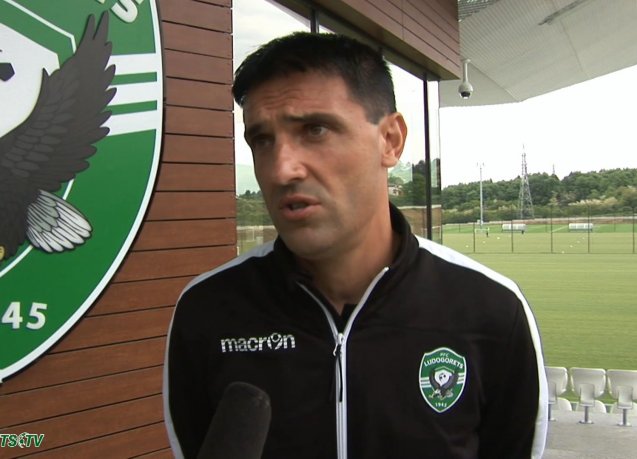